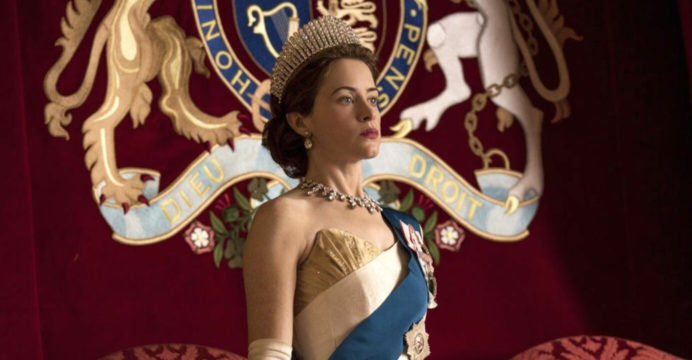 Claire Foy honored to have played the Queen in The Crown

Claire Foy, who portrayed the Queen in the first two seasons of The Crown, has said she was “honoured” to have played a “small part of her story”.

Foy played the monarch in the Netflix drama before the baton was passed to Olivia Colman and Imelda Staunton, reports BBC.

“I think that she was an incredible monarch,” Foy told the BBC’s Lizo Mzimba at the Toronto Film Festival.

“She united people and she was a massive symbol of continuity and dignity and grace.”

The British actress added: “My main feeling is just thinking about her as a mother and a grandmother and a great-grandmother, really, and I’m very honoured to have been a teeny tiny, small part of her story.”

The first season of The Crown, which chronicled the Queen’s life from her wedding in 1947 until 1955, has re-entered Netflix’s weekly global top 10 chart following the news of her death.

The streaming giant has revealed it was watched for 17.6 million hours globally, making it the platform’s seventh most-viewed TV show in English for the week of 5-11 September.

“HRH Queen Elizabeth II was in the hearts and minds of viewers,” Netflix noted.

Foy won best actress awards at both the Emmys and Golden Globes for playing the Queen. She was speaking to BBC News while promoting her new film Women Talking, in which she stars alongside Jessie Buckley, Rooney Mara, Ben Whishaw and Frances McDormand.

Colman, who took over the main royal role for series three and four of The Crown, was also in Canada this week promoting her own new film, Empire of Light.

She told Variety she had felt proud to be British on Friday after watching King Charles III’s first speech since the death of his mother.

“From a British point of view, he did it so beautifully,” she said. “It was all about love, tolerance and gentleness, and I think that’s what she always wanted and she’s done.

“She made a promise as a young women and she absolutely kept it with such dignity, and I think we’re all incredibly impressed by what she did, and I was thrilled at how beautiful his speech was.”

Series five of The Crown will arrive in November and will see Staunton playing the Queen in the 1990s.