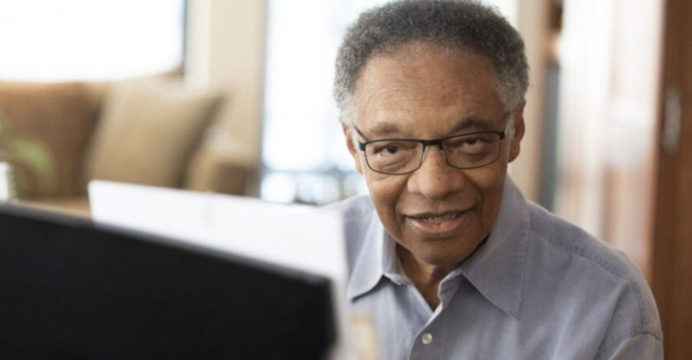 Ramsey Lewis, the renowned jazz pianist who made a 1960s pop crossover that saw him become an unexpected hitmaker, died Monday. He was 87 years old. The three-time Grammy-award-winning artist’s wife Jan announced the news via a publicist, saying Lewis died “peacefully at his home in Chicago.”

A lifelong Chicagoan, the artist was born there on May 27, 1935, getting an early start on the keys with lessons and performances at church, where his father, an avid jazz fan himself, directed the choir. In 1956 Lewis released his debut album with his trio that included bassist Eldee Young and drummer Redd Holt, reports BSS.

They became well-known in jazz circles, performing at the Newport Jazz Festival as well as the Village Vanguard. In 1965, Lewis became a sensation overnight with the trio’s unexpected smash “The ‘In’ Crowd,” an instrumental rendition of Dobie Gray’s popular Motown song that came out months earlier.

The Ramsey Lewis Trio recorded their jazz-inflected take live at the Washington night club Bohemian Caverns, after which the song broke into the Billboard top songs chart — a rarity for jazz in a world whose airwaves were dominated by sugary pop, rock and R&B.

They found similar success with two more singles, a funkified version of “Hang On Sloopy” by the McCoys, which also won a Grammy, and “A Hard Day’s Night” from the Beatles.

Lewis’ bandmates moved on to form their own group and he teamed up with Cleveland Eaton and Maurice White — who later founded Earth, Wind & Fire. The trio found success on the charts once more in 1966 with a rendition of “Wade in the Water,” a traditional spiritual.

Lewis did not become a pop mainstay but found success in the jazz world for decades, recording some 80 albums over his lifetime and earning the US National Endowment for the Arts highest honor in 2007.

He was known for his experimentation on the electronic keyboards and fusion music, as well as R&B and Latin music. He was also a radio personality, hosting his own show on jazz.

“Ramsey’s passion for music was truly fueled by the love and dedication of his fans across the globe,” his wife said in a statement. “He loved touring and meeting music lovers from so many cultures and walks of life.”

“It was our family’s great pleasure to share Ramsey in this special way with all those who admired his God-given talents.”