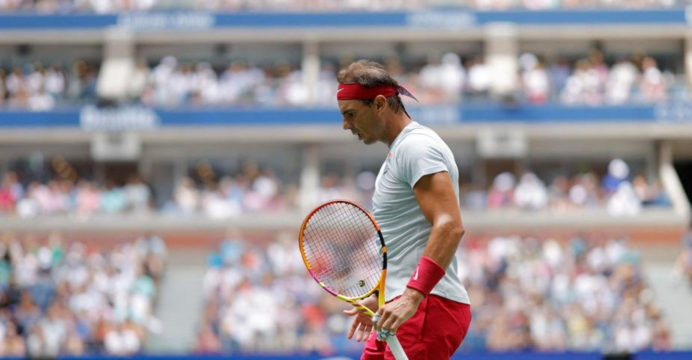 Brilliant Tiafoe sends Nadal crashing out of US Open

Frances Tiafoe of the United States produced the performance of a lifetime to send Rafael Nadal crashing out of the US Open in a stunning fourth-round upset on Monday.

Tiafoe, who had only reached one major championship quarter-final in his career before, shattered Nadal’s hopes of adding to his record collection of 22 Grand Slam singles titles with a 6-4, 4-6, 6-4, 6-3 victory.

A packed Arthur Ashe Stadium crowd roared in delight as the 24-year-old 22nd seed bombarded Nadal with 18 aces and 49 winners to seal victory in 3hr 34min.

The win sends Tiafoe into a last-eight showdown against Russian ninth seed Andrey Rublev on Wednesday.

“I don’t even know what to say right now,” Tiafoe said after his superb victory. “I’m beyond happy, I’m almost in tears.I can’t believe it.