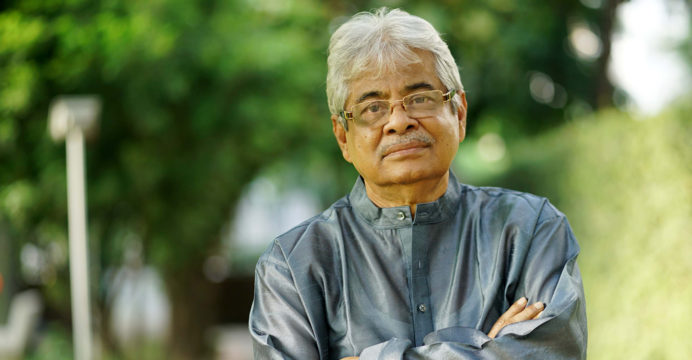 His son Sarfaraz Anwar confirmed the news to Prothom Alo, stating that the renowned lyricist passed away at around 6.30 am.

He tripped going to the bathroom after waking up in the morning, it was discovered. Later, after being brought to the hospital, he passed away there.

A son and a daughter survive Gazi Mazharul Anwar. Dithi Anwar, his daughter, is a singer who currently resides abroad.

He will be laid to rest after his daughter returns to the nation, according to Sarfaraz Anwar.

On February 22, 1943, in the Taleshwar village of Cumilla’s Daudkandi upazila, Gazi Mazharul Anwar was born. Since 1964, he has been penning songs for the then-Radio Pakistan. He wrote more than 20,000 songs in total. Additionally, his songs explored themes like as love, separation, devotion, patriotism, nature, and ideas of life.

Gazi Mazharul Anwar wrote the song ‘Bujhechi Moner Bone Rong Legeche’ in 1962-63 while studying at the medical college. Nazmul Huda Bacchu composed the song and the artiste was Farida Yasmin. He began his career as a professional lyricist, earning Tk 50 by writing a song for Radio Pakistan in 1964.

After getting into filmmaking in 1965, the lyricist-turned-director started writing screenplays, songs, dialogue, and plots. He has given to Bangladesh Television in every area since it was founded.

The song “Aakasher Hate Ache Ekrash Neel” for the movie “Ayna O Oboshishto” marked the lyricist’s debut as a songwriter for movies. He has received praise for his work as a successful screenwriter, director, and film writer.