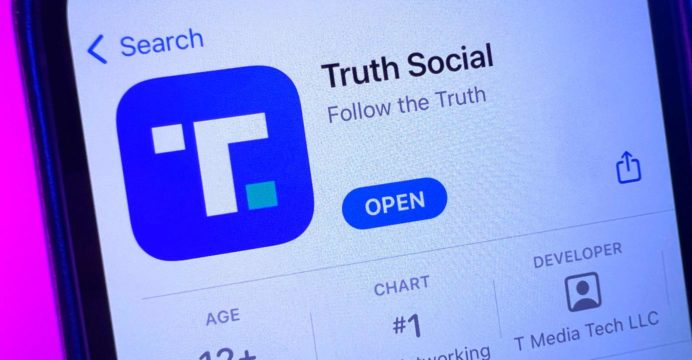 Former US President Donald Trump’s social media platform has been barred from Google Play. Google says the platform violates its policies on prohibiting content like physical threats and incitement to violence.

The move makes it difficult for users with Android phones to download the app. Devin Nunes, the CEO of Truth Social, has previously called Google a “monopoly”.

Truth Social launched on Apple’s App Store in February, though the roll-out was beset by problems. However, the app isn’t available on Google Play, where the vast majority of apps are downloaded on Android phones, reports BBC.

Last week Truth Social’s CEO said the decision on whether the app would be available was “up to the Google Play Store”. But Google says it’s down to Truth Social to comply with its rules.

A Google spokesperson told the BBC: “On August 19 we notified Truth Social of several violations of standard policies.

“Having effective systems for moderating user-generated content is a condition of our terms of service for any app to go live on Google Play,” they added.

Google says it has offered Truth Social advice on how to fix the problems. Truth Social did not respond to the BBC’s request for comment. Truth Social is often described as a “free speech” platform.

However, for the app to be downloadable on the vast majority of the world’s phones it needs to be approved by Apple and Google. Far from Truth Social being a place of unfettered free speech, the platform in fact has many rules on what you can and cannot say.

In fact, Truth Social has a long list, in its Terms of Service, of things that can and cannot be posted. The platform was founded by Mr Trump, and is where the former president chooses to post on social media. Mr Trump was banned from Twitter and Facebook after last year’s US Capitol riot.

Critics argue that Truth Social has a problem with disinformation and hate speech. A report released on Monday found 47 verified accounts that promoted QAnon conspiracy theories on the platform.