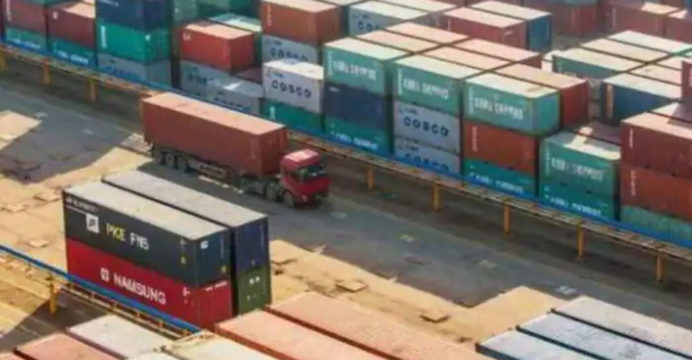 Sri Lanka tightened import restrictions on Wednesday with a ban on more than 300 additional items, as an economic crisis that has created months of shortages and toppled a president refuses to abate.

President Ranil Wickremesinghe, who replaced Gotabaya Rajapaksa after his ouster in July, slapped a ban on goods including home appliances, tools and sports gear, reports BSS.

The South Asian island nation of 22 million people has been suffering dire shortages of many essentials due to a lack of foreign currency.

The new bans come despite the central bank announcing last week that the foreign exchange shortage was easing thanks to better inflows.

However, Sri Lanka’s economy is projected to contract this year by a worse-than-expected 8.0 percent, according to the bank, with inflation forecast to peak at a record 65 percent by September.

The lack of foreign currency pushed Sri Lanka into defaulting on some of its $51 billion external debt pile in April. A delegation from the International Monetary Fund was due on Wednesday to continue talks with Sri Lankan officials on a bailout.

But IMF assistance could be delayed if Sri Lanka’s creditors, the biggest being China, refuse to restructure some of their loans. Beijing has not publicly shifted from its offer of issuing more loans rather than taking a haircut on existing credit.

Worker remittances, a key source of foreign exchange for Sri Lanka, have dropped by more than 50 percent to $1.6 billion in the six months to June compared to the same period last year.

Rajapaksa, 73, fled to Singapore after months of protests culminated in demonstrators storming his official residence in July. He has since flown to Thailand but wants to return home, according to his party.