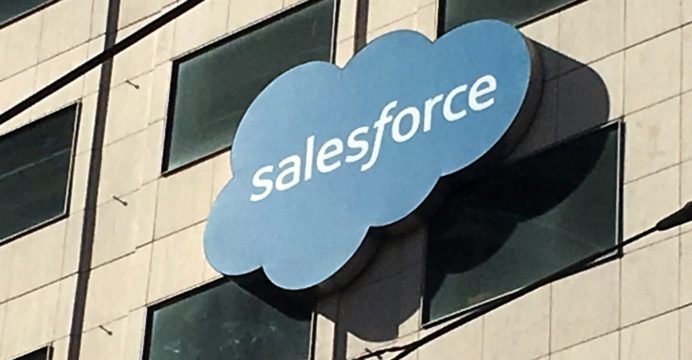 Salesforce Inc on Wednesday cut its full-year revenue forecast to below market estimates over a sharp hit from a strong dollar and “measured” purchases from its customers, sending shares down 6% in extended trading.

Analysts had warned that macroeconomic factors such as inflation and slowing U.S. growth could hurt the spending power of small- and medium-sized businesses that use Salesforce products for managing customer relationships, reports Reuters.

Cloud software companies with significant operations outside of the United States, including Microsoft Corp, Accenture Plc and IBM Corp, have all tempered their forecasts due to a stronger dollar.

The San Francisco, California-based company’s revenue forecast accounts for a near $800 million forex hit, a third higher compared to its outlook in May.