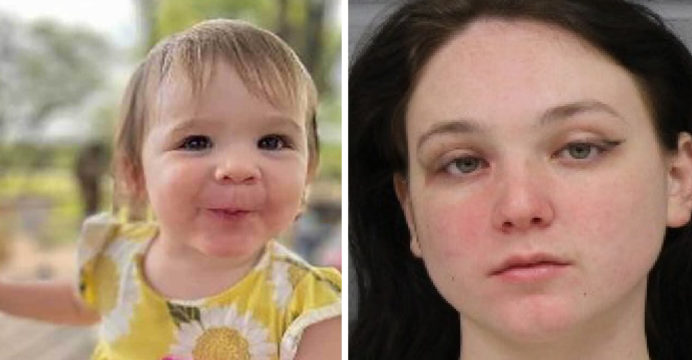 Texas authorities are looking for Sailor Tucker, a one-year-old girl who disappeared and is supposed to be kidnapped and at risk.

An Amber Alert has been issued for her too. The National Center of Missing and Exploited Children stated that the missing girl was last spotted in the 4700 block of White Elm Ct in Austin, Texas yesterday at around 8 PM at nighttime.

The missing girl is described to be around 2 feet and 5 inches tall. She has brown hair and brown eyes. She weighs about 25 pounds.

Her possible whereabouts are unknown now, as stated by NCMEC.

Police have since identified a suspect named Jessica Skelton a 22 years old white woman with black hair. She was last seen in a red colored dress and a sleeveless shirt.

The one-year-old girl is supposed to be in peril and is probably the passenger in an unknown car.

If anyone finds her or gets any information is requested to call 911 or contact the Austin Police Department.