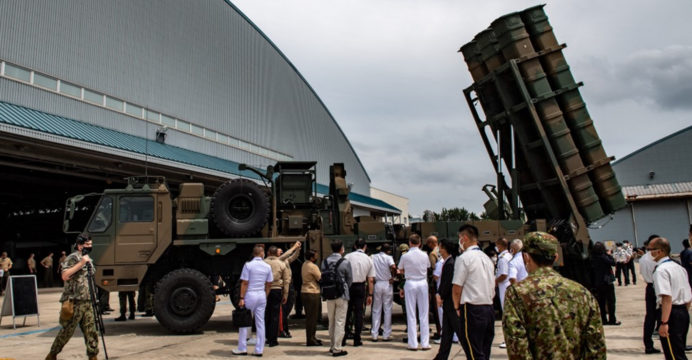 According to the local newspaper Yomiuri Shimbun, Japan is considering deploying more than 1,000 long-range cruise missiles to bolster its capacity to tackle China’s mounting regional threats.

According to the publication, which cited unnamed sources, the nation intends to enhance its current surface-to-ship missiles to increase their range from 100 kilometers (62 miles) to over 1,000 kilometers (620 miles), which would be sufficient to reach North Korea and Chinese coastal regions.

The new missiles, which could attack land-based targets, would also need to be upgraded in order for Japan’s current ships and aircraft to be able to launch them, the newspaper said.

Yomiuri reported that the missiles would be deployed in and around the southwestern Kyushu region and on the small islands that dot Japan’s southwestern waters near Taiwan.

Japanese officials could not immediately be reached for comment on the issue.

The newspaper said that the plan is part of Japan’s attempt to narrow the missile capacity gap with China while also addressing threats from North Korea.

Japan’s military is not officially recognized under the country’s post-war constitution and defense spending is limited to funding nominally defensive capabilities.

Recent geopolitical issues, such as Russia’s invasion of Ukraine and China’s more assertive behavior toward Taiwan, have increased calls in Japan for a review of defense spending.

Fumio Kishida, the prime minister of Japan, has promised to considerably increase defense spending, which has been kept at just about 1% of GDP.

The Japanese defense ministry is expected to request 5.5 trillion yen ($40.2 billion) for the upcoming fiscal year, up slightly from the 5.18 trillion asked for the current fiscal year, according to local media.

The Asahi Shimbun newspaper reported that the ministry was also anticipated to request approval for a list of unpriced goods, including the development cost to modernize the long-range cruise missiles.