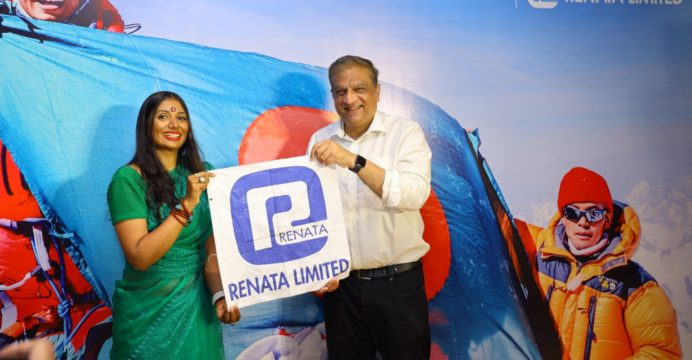 Wasfia Nazreen, the first Bangladeshi to have summited the notorious K2 – the world’s second highest and most dangerous mountain – has just landed in her motherland. A Biman Bangladesh Airlines flight departing from Kathmandu, Nepal, has carried the 39-year-old mountaineer home on August 17, 2022. She became one of the 40 women or so in history since 1954 to have scaled the most dangerous mountain on the planet. This expedition was solely sponsored by Renata Limited.

Shortly after her arrival, a press briefing was held at the Sheraton Dhaka, where Wasfia shared enthralling snippets of her two-month-long expedition to the Karakoram. This is the first time Pakistani authorities have granted a mountaineering and trekking permit to any Bangladeshi.

“I had initiated the Seven Summits campaign when Bangladesh had turned 40, and I wanted to attempt K2 for Bangladesh’s 50th. For this one mountain, I have trained, prepared, and organized for almost ten years. It takes a village to climb any death-zone mountains, and I owe my success to my team, which consisted of some of the strongest mountaineers on the planet. I want to thank everyone who has prayed for me and rallied for me – although I have gotten hit by rocks several times, we got lucky on several occasions- this was the toughest mountain I have ever climbed. K2, locally known as Chhogori, the “King of Mountains,” tries to kill you every second. We are also one of the very few mountaineers on the planet who has made it to the summit of K2 and back in one go. Many world-renowned mountaineers come back years after years and still haven’t made it. I want to especially thank my sponsor Renata Limited for believing in my mission and everybody else who has supported me. ” said a delighted Wasfia at the press briefing.

Resting among the Karakoram Range, the 8,611-meters-high mountain K2 is known to be technically much more difficult than Mount Everest for mountaineers to climb. Extremely hostile, almost pyramid-like steepness and unpredictable weather conditions at the “Savage Mountain” have allowed only some 400 climbers to set foot at its peak, many of whom didn’t survive on the way down. Wasfia Nazreen scaled K2 on July 22, 2022, along with her team, which consisted of some of the world’s most acclaimed mountaineers, featured in the Netflix “14 Peaks” documentary: Mingma Tenzi Sherpa, Mingma David Sherpa, and Nirmal Purja (Nimsdai.) The country’s leading pharmaceutical and animal health product company Renata Limited supported Wasfia as her Sole Sponsor throughout the historic expedition.