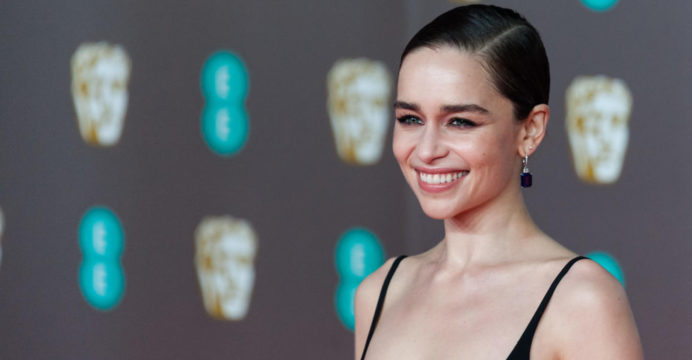 This week, Emilia Clarke attended the “House of the Dragon” official Australian premiere in Sydney, but the affair quickly descended into controversy after Foxtel CEO Patrick Delany referred to Emilia Clarke as a “short, dumpy girl.”

Variety claims that Delany attempted to make light of his first viewing of “Game of Thrones” when delivering a speech prior to the “House of the Dragon” premiere screening. The CEO said, “I was like, ‘What’s this show with the short, dumpy girl walking into the fire?’” Delany was referring to Daenerys Targaryen, played by Emilia Clarke, who famously walked through fire in the series. According to a witness at the Sydney premiere, “there was a bit of a gasp” after Delany made the remark.

A Foxtel spokeswoman told Crikey after the event that Delany’s remark was “meant to be self-deprecating.” The company issued a statement that read, in part, as follows: “The aim was to convey that for him, ‘Games of Thrones’ was something extremely new for television in 2011, and that Emilia Clarke went from being largely unknown to one of the most recognizable and well-loved actors in television and film.

“On behalf of Mr Delany, the Foxtel Group apologies if his remarks were misunderstood and caused any offense,” the statement concluded.

Since “House of the Dragon,” a new HBO prequel series, is set hundreds of years before “Game of Thrones,” Clarke is not at all involved in it. The controversial “Game of Thrones” season finale helped Foxtel achieve the largest overnight subscriber growth in company history in 2019. Foxtel broadcasts “Game of Thrones” in Australia.