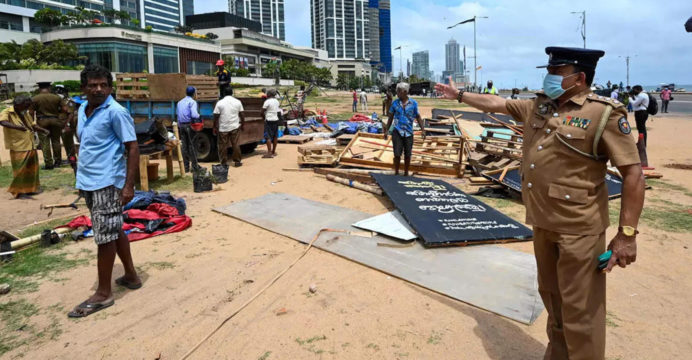 The president’s office announced Tuesday that Sri Lanka will not extend a state of emergency imposed to quell anti-government rallies since the situation in the poor country has “settled.”

Four days after his predecessor left the country and announced his resignation on July 14 as a result of months of unrest amid severe food, gasoline, and medical shortages, Ranil Wickremesinghe cited the strict laws.

On Thursday, Wickremesinghe’s declared emergency is set to expire, but he has the authority to extend it each subsequent month.

“The situation in the country has stabilized, there is no need to reimpose the state of emergency when it lapses this week,” Wickremesinghe’s office quoted him as saying.

The emergency regulations provide troops and law enforcement the authority to keep suspects for extended periods of time.

Rights organizations have sharply criticized the declaration of an emergency as a draconian measure that gives the president unchecked power to enact laws and restrict citizens’ freedoms.

When tens of thousands of demonstrators overran Gotabaya Rajapaksa’s official mansion, Wickremesinghe’s predecessor was compelled to leave the country and resign.

The 22 million citizens of the country have been dealing with severe shortages of basic necessities since late last year, when there was not enough foreign currency to pay for even the most critical imports.

The nation is in discussions with the International Monetary Fund about a potential rescue after defaulting on its $51 billion in foreign debt in the middle of April.

According to government figures, Sri Lanka is currently experiencing hyperinflation, with the overall rate at 60.8% and food inflation at a far higher 90.9% last month.