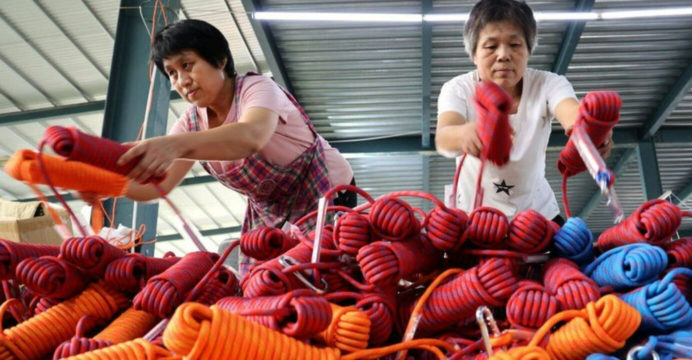 China’s premier has called on the country’s richest provinces to offer economic support to boost pro-growth measures. The country saw consumption and output unexpectedly slow down in July.

“A sense of urgency must be strengthened to consolidate the foundation for economic recovery,” Premier Li Keqiang said.

China’s economy continued to recover in July, but there were “small fluctuations”, Mr Li said in a video meeting with senior officials from six major provinces – Guangdong, Jiangsu, Zhejiang, Shandong, Henan and Sichuan – which account for roughly 40 percent of economic output.

China, the world’s second largest economy, has been badly hit by widespread coronavirus lockdowns that have affected both businesses and consumers.

Gross domestic product (GDP) fell by 2.6% in the three months to the end of June from the previous quarter.

Major cities across China, including the major financial and manufacturing hub Shanghai, were put into full or partial lockdowns during this period.

But Beijing has so far shown no signs of relaxing its zero-Covid policy.

Key economic indicators show China is having a hard time shaking off the impact the lockdowns are having on its manufacturing and retail business. In July, retail sales rose 2.7% compared to a year ago. However, the number missed forecasts for 5% growth and fell short of June’s figure – 3.1%. The latest figures also showed youth unemployment is at a record high.

The property sector is taking a major hit amid a mortgage boycott with homebuyers losing faith that projects will be completed. Property investment dropped 12.3% last month, the fastest rate this year, while the drop in new sales deepened to 28.9%.