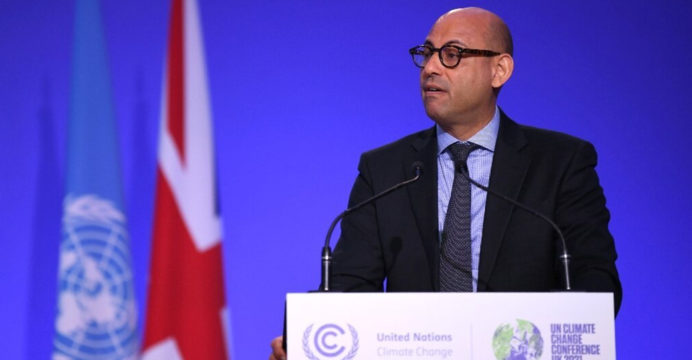 Simon Stiell, a former environment minister for Grenada, was chosen on Monday to succeed Mexican Patricia Espinosa as the head of the UN’s climate change agency.

The UN Framework Convention on Climate Change (UNFCC), which oversees all climate negotiations, including the Paris Agreement, approved the appointment of the longtime climate action campaigner.

A spokesperson for UN Secretary-General Antonio Guterres stated that Stiell will start in his new post soon and is expected to be in place for the COP27 UN climate conference in Egypt in November.

Stiell served as the environment and climate resilience minister for Grenada’s government from 2013 to June. During COP conferences, she was a steadfast advocate for more advancement in the fight against global warming.

Stiell, an engineer by training, was hailed by Guterres’ office as a “genuine champion for creating fresh methods for our collective global response to the climate issue” and credited with bringing special talents developed over a 30-year career.

From 2016 till July, he will succeed Espinosa, who led the UNFCCC for two terms.

Ibrahim Thiaw, a Mauritanian, continues to manage the UN agency that fights desertification in addition to serving as interim director of UN Climate Change until Stiell assumes the position.