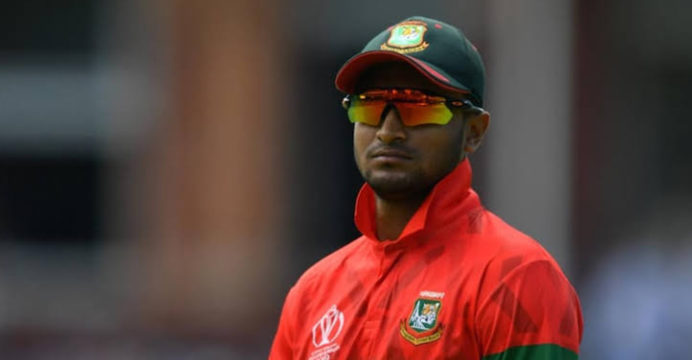 Shakib returns to cricket after another controversial episode

Shakib Al Hasan is now back where he belongs after a contentious week in which he received harsh criticism from all sides. After being away for a month, the talented all-rounder who was recently named the T20 format captain returned to the cricket field today.

In an effort to shake off the rust before playing in the forthcoming Asia Cup, which will be played in the T20 format, he performed some running and worked out in the gym.

The regional tournament’s format was altered to provide the competing teams the best chance to prepare for the next T20 World Cup in Australia in October-November.

Once Nurul Hasan Sohan was appointed captain for the Zimbabwe T20 series, which Shakib skipped to have some rest, it was clear that the ace all-rounder is the favorite to replace Mahmudullah Riyad as the long-term captain in this format.

But as has been the case, Shakib again produced drama and controversy that kept him in the headline for all the wrong reasons. His contract with the Betwinner News, a sister concern of betting house Betwinner sparked controversy this time.

The Bangladesh Cricket Board (BCB) and the legislation of Bangladesh both outright forbid engagement with a betting organization, yet Shakib signed the contract without the BCB’s approval.

Instead, he posted about his relationship with Betwinner on social media, which caused a tremendous outcry and irked BCB president Nazmul Hassan Papon to the point that he threatened to ban him for life unless Shakib canceled the arrangement.

Shakib however canceled the deal and BCB duly appointed him captain for the T20 format after Test cricket without resolving the problem that Shakib didn’t take any permission before striking a deal.