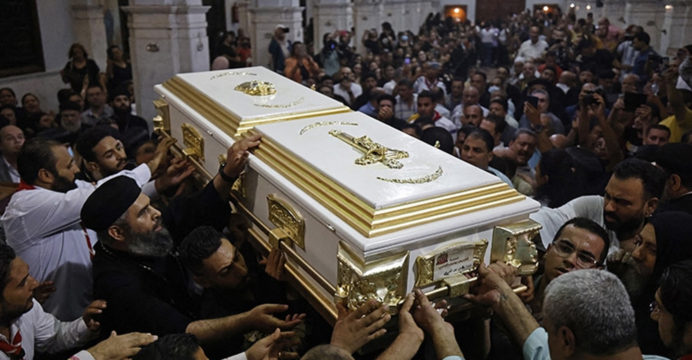 Funeral services for 41 people who died in a fire that ravaged a Coptic Christian church during mass and forced worshipers to leap from windows were held in two Cairo churches on Sunday evening.

The Abu Sifin church was damaged by the fire, which was attributed to an electrical fault, in the heavily populated Imbaba neighborhood of greater Cairo’s Giza governorate, a working-class area located west of the Nile River.

Numerous people gathered to pay their respects in and around the two churches in Giza, where clergy members prayed for the victims, according to AFP correspondents.

Father Abdel-Messih Bekhit, a priest at the church, was one of the coffins that pallbearers forced their way through as they reached for them among throngs of wailing mourners. 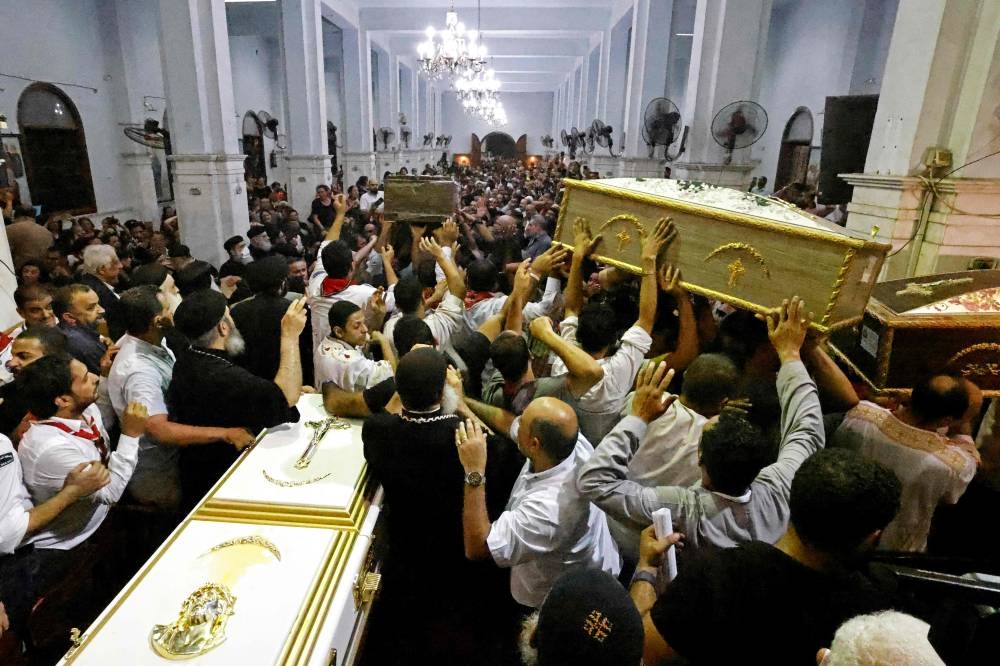 Before rescue services were able to put out the fire, the Egyptian Coptic Church and the health ministry stated that there had been 41 fatalities and 14 injuries.

Those who saw the flames People rushed into the multi-story place of worship on Sunday morning to rescue those who were trapped, but the rescuers were soon overcome by heat and poisonous smoke.

There are at least 10 million Copts in Egypt’s 103 million-person majority-Muslim country, making them the largest Christian group in the Middle East.