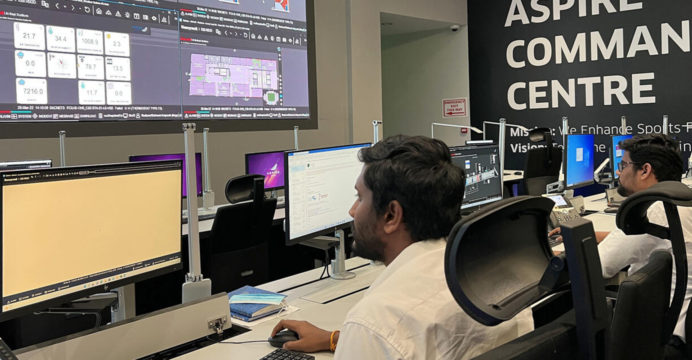 Facing a bank of screens that look like NASA mission command, technicians counting down to the World Cup in Qatar control the temperature, gates, 15,000 cameras and much more in the eight stadiums.

The Aspire control and command center will monitor all stadiums at once, as Qatar pulls out all the technical stops to keep an eye on the anticipated one million plus visitors from the moment they get off the plane to the moment they leave.

Qatar has spent billions of dollars on building seven new stadiums and refurbishing an eighth for the first World Cup in an Arab country. It has seized on the uniquely short distance between them — barely 70 kilometers (43 miles) separate the two most distant venues — to set up the elaborate virtual network.

Organizers say the control center, bristling with alarms and sensors, will set a benchmark for global sports events which must guard against terrorism, natural disasters and hooligans, as well as leaking water pipes.

The numbers expected to be milling the streets worry the authorities. More than 3,000 Turkish police will reinforce local security forces, while small groups of police from each of the 32 competing nations will shadow their fans.