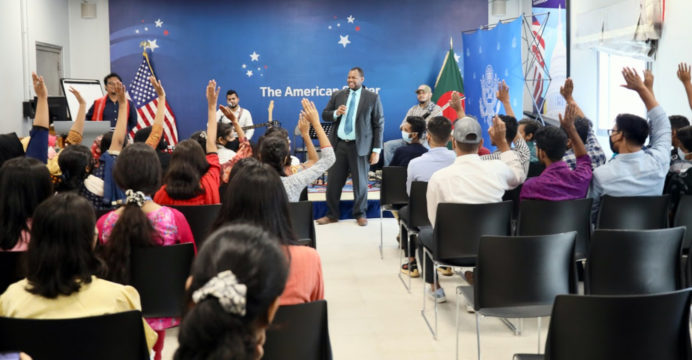 U.S. Embassy in Dhaka organized a discussion on the diverse cultures, traditions, and languages of indigenous communities

The English Access Microscholarship Program Bangladesh participants and indigenous students from Martin Luther College were invited by the U.S. Embassy this week on International Day of the World’s Indigenous Peoples to the American Center for a discussion on the various cultures, traditions, and languages of indigenous communities in Bangladesh.

Sean McIntosh, Public Affairs Counselor of the U.S. Embassy, gave opening remarks in which he reiterated the U.S. Department of State’s efforts to integrate racial equity and support for underserved communities in international assistance, including diversifying participation in exchange programs supported by the U.S. government.

Alumna of the Community College Initiative Program Sang Rem Mawi Bawm spoke to students about her time as a student at the College of DuPage where she studied and shared her cultural heritage. The night was capped by a spellbinding musical performance by the indigenous local band The Achik Blues! 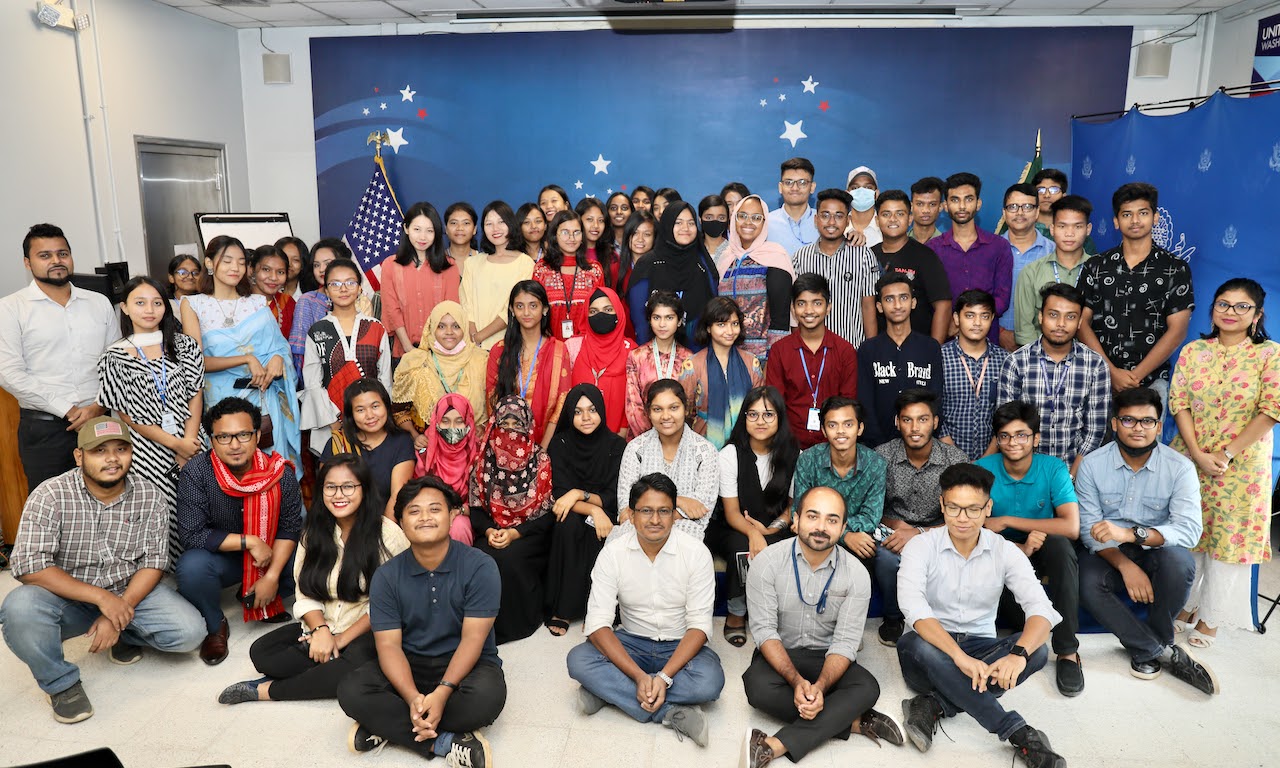 Every year on August 9th, the International Day of the World’s Indigenous Peoples is marked to promote awareness of and defend the rights of the indigenous peoples around the world. This celebration also honors indigenous people’s accomplishments and contributions to global challenges like environmental conservation.