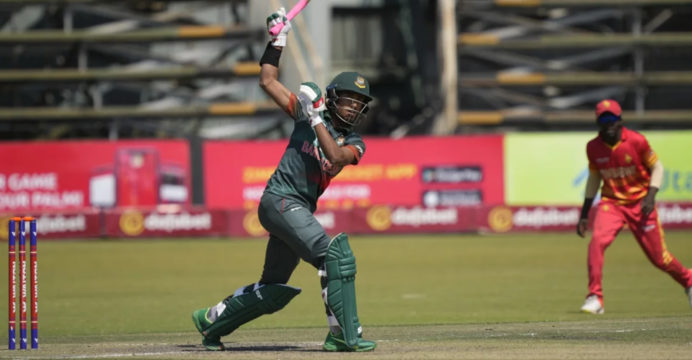 In the third and final ODI, which was played at the Harare Sports Club, Bangladesh defeated Zimbabwe by 105 runs thanks to half-centuries from Afif Hossain and Anamul Haque Bijoy.

However, the victory secured them a win in their 400th ODI in addition to saving them from a whitewash over Zimbabwe after 21 years.

As Bangladesh amassed 256-9 after being asked to bat first, Bijoy scored 76 off 71 while Afif scored 81 ball-85 not out with the help of six fours and two sixes. The bowlers from Bangladesh then bowled in a disciplined pattern to dismiss Zimbabwe for 151 in 32.2 overs.

Ebadot played a crucial role in the triumph in his first game when he claimed the prized scalp of Sikandar Raza, who had scored a consecutive century in the first two matches of the series for Zimbabwe.

Pacer Hasan Mahmud and offspinner Mehidy Hasan Miraz struck in the first two overs, removing openers Takudzwanashe Kaitano for duck and Tadiwanaseh Marumani for 1 as Zimbabwe were left
to 7-2.

Ebadot then dealt a double, dismissing Wessely Madhevere (1) and Sikandar Raza for a golden duck in the consecutive deliveries. Raza’s dismissal made Bangladesh clearly the favorite to win the
game. Raza smacked 135 not out and 117 not out in the first two matches to help the side win the first two matches by an identical five-wicket margin.

With 18-4 in the sixth over, Zimbabwe had little chance of bouncing back as they had in the first two games because they were missing Raza this time. 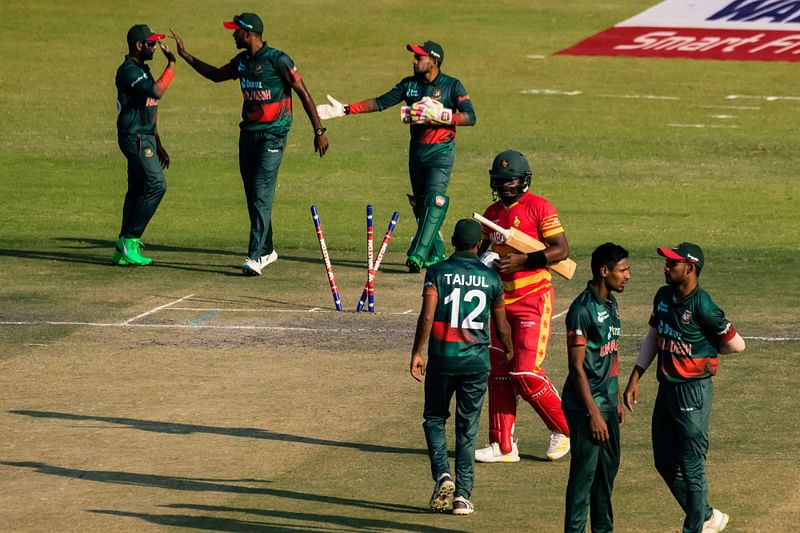 Before Richard Nagarava and Victory Nyauchi, the final two wickets stood their ground, Mustafizur Rahman joined the fray and sliced the middle order. Although it appeared implausible, their 68-run partnership, which was Zimbabwe’s best run for the 10th wicket, enabled the team to surpass 100 runs.

Prior to that, Bijoy and Afif were crucial in advancing Bangladesh passed the 250-run mark, which appeared unlikely at the quiet deck following yet another poor outing by the senior batsmen.

No other batters however could complement the effort of Afif and Bijoy but that mattered little in the end.

Though Bijoy started well, his captain Tamim Iqbal once again, played a slow-paced innings before being out on 19 off 30.

Brad Evans of Zimbabwe, a quick bowler, struck twice in one over, taking out Najmul Hossain Shanto and Mushfiqur Rahim in his only other game. Both were viewed as being a duck.

Bijoy brought up his fifth half-century but was unable to turn it into a hundred because Luke Jongwe outplayed him.

Afif and Mahmudullah Riyad fought back, but the latter, the team’s senior hitter, batted at such a glacial pace that it had a negative effect on the score. 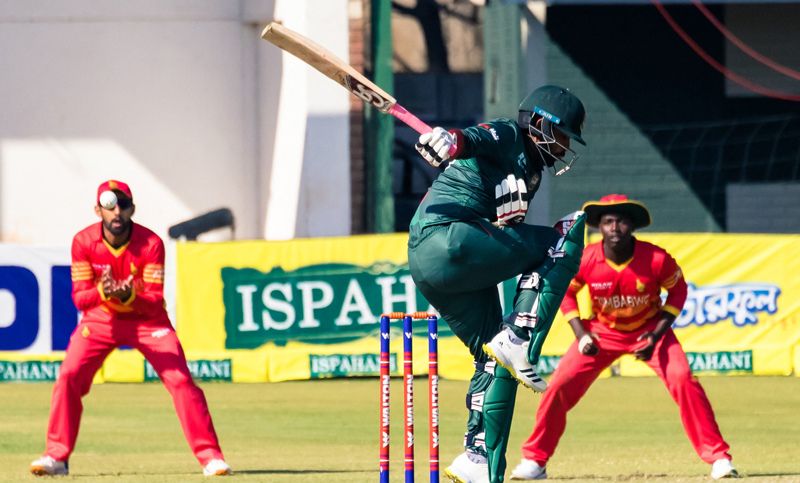 When Richard Ngarava took Mahmudullah out, he was 39 for which he played 69 deliveries.

However, Afif’s heroics at the end helped Bangladesh pass the 250 run mark and gave him his third half-century. With two wickets each, Evans and Jongwe were Zimbabwe’s most successful bowlers, followed by Ngarava and Sikandar Raza, who each claimed one.

As a result of losing the first two games by similar margins of five wickets, Bangladesh was behind 2-0 in the series. After nine years, it was their first series loss against Zimbabwe. Prior to that, they suffered their first-ever series loss to Zimbabwe in the shortest form of cricket when they were defeated 2-1 in a three-match T20 International series.