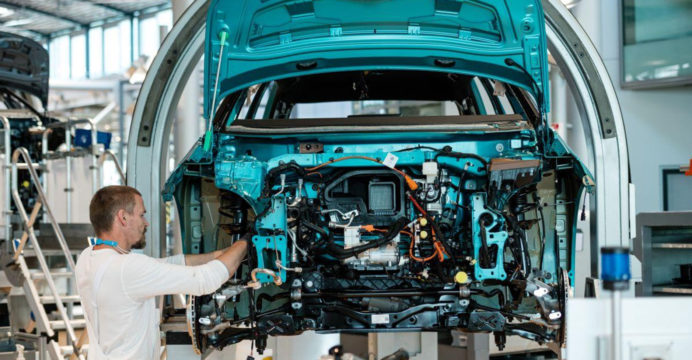 German industrial output up in June despite sombre outlook

German industrial production increased slightly in June, according to official data released on Friday, as analysts expressed concern about the future of Europe’s largest economy.

According to a statement from the federal statistics agency Destatis, factory output increased by 0.4% over the previous month.

Instead of the initial projection of a 0.2 percent increase, the government revised down its estimate for May, revealing a little 0.1 percent decrease in production.

An “severe shortage” of parts was preventing production from moving forward in Germany as the supply chains of companies were disrupted by the conflict in Ukraine and the long-lasting effects of the coronavirus outbreak.

Destatis’ survey of businesses found that almost three-quarters of them had bottlenecks and difficulties obtaining raw materials and components.

The production of capital goods climbed by 1% in June, according to a sector-wide analysis. Consumer goods output climbed by 1.1 percent, while semi-finished goods output increased by 0.3 percent.

According to Andrew Kenningham, chief economist for Europe at Capital Economics, the June uptick was “not enough to reverse declines earlier in the year and left output substantially below pre-pandemic levels.”

March saw a 3.7% decline in industrial output as businesses struggled with the fallout from Russia’s invasion of Ukraine in February.

According to Kenningham, the output level was still 5.8% below its pre-pandemic level.

Energy costs rising and a dry summer making it challenging to travel on Germany’s commercially significant rivers will make things more challenging in the second half of the year, he said.

He predicted that output will “likely” decrease in the second half.