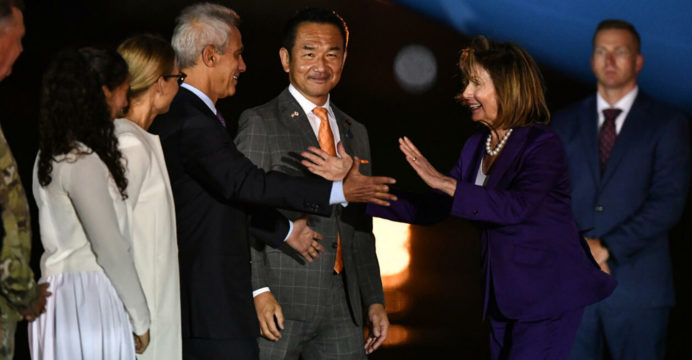 Following a trip to Taiwan that enraged China, US House Speaker Nancy Pelosi’s plane landed in Japan on Thursday for her final leg on her Asian tour.

Pelosi arrived from South Korea this week and made history by being the most prominent elected US official to step foot in Taiwan in the previous 25 years. AFP reporters witnessed the plane land at Yokota Air Base in Tokyo.

At Tokyo’s Yokota Air Base, the lawmaker was seen by AFP reporters getting off her plane and shaking hands and hugging the US ambassador before meeting other dignitaries.

As a result of Pelosi becoming the most prominent elected US official to visit the autonomous island in 25 years this week, Beijing has started conducting extensive military exercises in the waters surrounding Taiwan.

The 82-year-old Democrat said her trip made it “unequivocally clear” that the United States would not abandon a democratic ally in the face of repeated strong warnings from China.