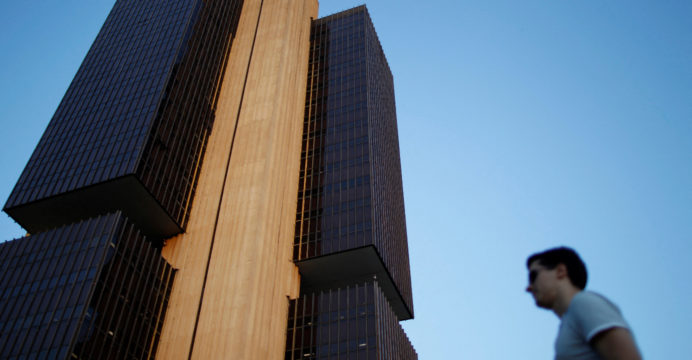 Brazil’s central bank raised its benchmark interest rate for the 12th straight time on Wednesday, citing an “adverse and volatile” global economy, and indicated its tightening cycle, one of the world’s most aggressive, may not be over.

The bank’s monetary policy committee raised the benchmark Selic rate by half a percentage point, to 13.75 percent, in line with market expectations, reports BSS.

And though many analysts had forecast Brazil’s hawkish rate hikes would stop there, the bank said stubbornly high inflation meant more could be in store.

“The committee will evaluate the need for a residual adjustment of lesser magnitude at its next meeting” from September 20 to 21, it said in a statement.

“The external environment remains adverse and volatile, with larger downward revisions of the global economic growth outlook in an inflationary environment that is still under pressure,” it added.

“The uncertainty of the current economic situation, both domestic and global… demands extra caution.”

The decision was unanimous by the committee’s nine members, it said.
The key interest rate now stands at its highest level since January 2017.

Haunted by a history of hyperinflation, Brazil — Latin America’s biggest economy — reacted fast and aggressively to the global price surges unleashed by the coronavirus pandemic and then Russia’s invasion of Ukraine.

Since March 2021, the central bank has rapidly raised the Selic from an all-time low of two percent, which it had introduced to stimulate the pandemic-battered economy.

Now, Brazil is weighing when to bring its hawkish cycle to an end, just as policy makers in other major economies shift their monetary tightening into high gear.

The US Federal Reserve hiked its benchmark rate by 0.75 point last week, the fourth straight increase. The week before, the European Central Bank raised its key rate by 0.5 point, the first increase since 2011.

Annual inflation remains high in Brazil, at 11.89 percent in June — way above the central bank’s target of 3.5 percent.

But analysts polled by the central bank forecast the inflation rate will fall to 7.15 percent by the end of the year.

The same poll found analysts expect the central bank’s tightening cycle is nearly over: they gave an average forecast of 13.75 percent for the Selic rate at year’s end.

Even as the bank’s policy makers try to slow runaway prices by hiking interest rates, they are wary of tipping the economy into a recession by slamming the brakes on too hard.

The central bank is facing calls to ease up on its rate increases.
“Since December, the real interest rate has been at a level that is inhibiting economic activity,” the chief economic analyst at Brazil’s powerful National Confederation of Industry (CNI), Marcelo Azevedo, said in a recent statement.

Analysts polled by the central bank forecast Brazil’s GDP growth will come in at 1.97 percent for the year, after an expansion of 4.6 percent last year and a contraction of 3.9 percent in pandemic-stricken 2020.

Brazil’s economy grew by one percent in the first quarter, but experts warn the second half of the year looks bleaker.

With soaring prices for food and fuel hurting Brazilian families, the weak economy has become a major liability for President Jair Bolsonaro as he campaigns for reelection this October.

The far-right incumbent trails leftist ex-president Luiz Inacio Lula da Silva by 47 percent to 29 percent, according to the latest poll from the Datafolha institute.