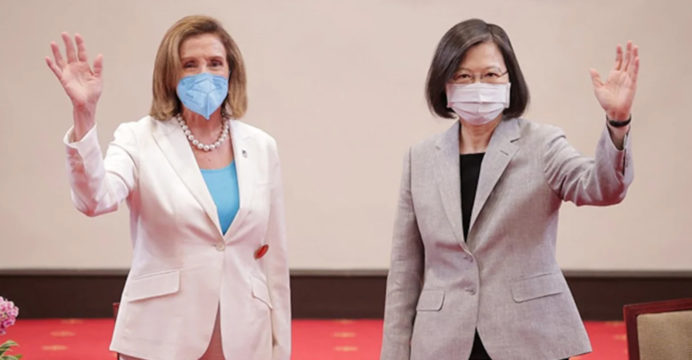 “This is a complete farce. The United States is violating China’s sovereignty under the guise of so-called ‘democracy’… those who offend China will be punished,” Wang said on the sidelines of a meeting of the Association of Southeast Asian Nations (ASEAN) in Phnom Penh.

But Taiwanese President Tsai Ing-wen countered that the island of 23 million would not be cowed.

“Facing deliberately heightened military threats, Taiwan will not back down. We will… continue to hold the line of defence for democracy,” Tsai said at an event with Pelosi in Taipei.

She also expressed her gratitude to the 82-year-old US lawmaker for “taking concrete steps to demonstrate your steadfast support for Taiwan at this crucial time.”

China opposes nations having diplomatic exchanges with Taipei and works to keep Taiwan isolated on the international scene.

The most prominent elected US official to visit Taiwan in the previous 25 years is Pelosi, who is second in line for the presidency.