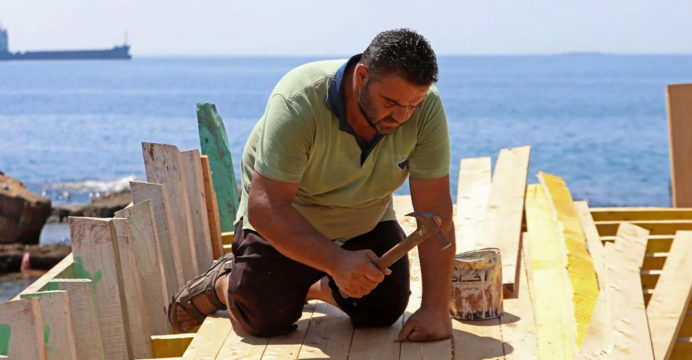 On the Mediterranean coast of Syria, Khaled Bahlawan hammers nails into a hand-built traditional wooden boat as he works to preserve a rapidly vanishing historic craft.

“We are the last family that makes wooden ships and boats in Syria,” said the 39-year-old on the shores of Arwad island, near the city of Tartus.

“This is the legacy of our ancestors… We are fighting to preserve it every day”.

Arwad, Syria’s only inhabited island, is less than two miles (three kilometers) off the coast and is a refuge of tranquility in a nation shattered by 11 years of conflict.

Every day, hundreds of employees, locals, and visitors travel there and back in wooden boats, the majority of which were constructed by the Bahlawan family.

However, interest in an ancient Phoenician craft has decreased to virtually nothing.

The eight family members of Bahlawan currently divide the work of building boats for fishermen, vacation destinations, and passenger transit.

Their family has a centuries-old history of creating and maintaining wooden boats. 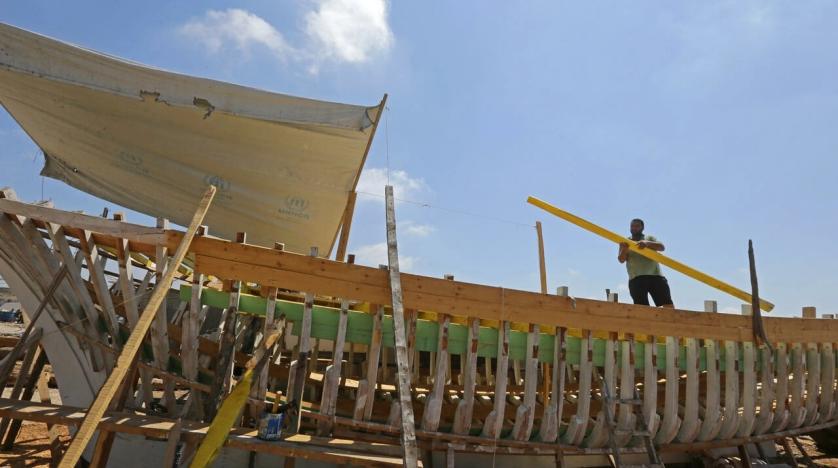 Bahlawan is unable to operate his electrical equipment owing to prolonged power outages brought on by years of strife.

Instead, he works with his grandfather’s manual tools, smoothing the wood by hand rather than with an electric plane.

“It’s a hard task,” he said, standing inside the hull of a boat and tapping each nail carefully.

He heads to his narrow, open-air workshop near the beach every day, despite the low demand and modest means.

“We are doing our best to overcome difficulties,” said Bahlawan, his face covered in sweat and sporadic wood shavings.