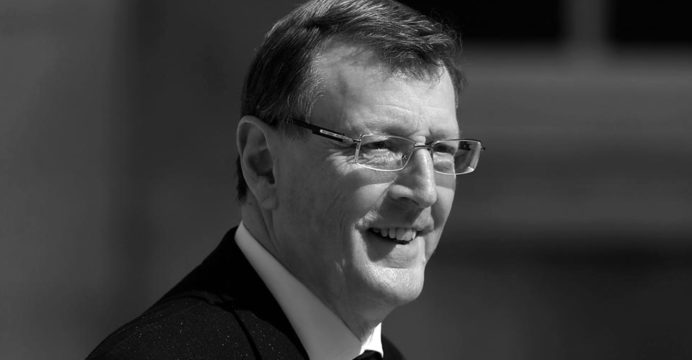 David Trimble, the former first minister of Northern Ireland and recipient of the Nobel Peace Prize, passed away on Monday at the age of 77.

After the pair signed the momentous agreement in 1998, Trimble, a key architect of the tumultuous UK province’s historic peace pact, shared the award with pro-Irish leader John Hume.
His Ulster Unionist Party (UUP) released a statement saying, “It is with great sadness that the family of Lord Trimble reports that he died away peacefully earlier today following a brief illness.”

No other information was provided regarding the passing of a politician who, despite his ardent support for the UK, collaborated with Irish nationalists to put an end to the three decades of bloodshed known as the “Troubles.”

Trimble was referred to as a “giant of British and world politics” by British Prime Minister Boris Johnson.

According to Johnson’s tweet, he “will be remembered for his intellect, personal bravery, and fierce commitment to alter politics for the better.”

the Nobel winner as “someone who played an important and courageous role in bringing peace to Northern Ireland,” according to Irish Prime Minister Micheal Martin.