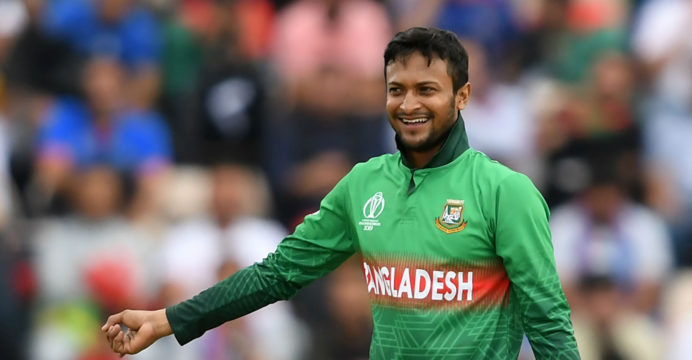 Shakib Al Hasan, the cricket all-rounder from Bangladesh, has submitted legal notices to Jamuna Bank and Banglalink for utilizing his images after his agreement to serve as their brand ambassador expired. He is requesting compensation of almost Tk6 crore in return.

However, the letter claimed that Banglalink continued to use Shakib Al Hasan’s name, trademark, signature, and advertisements even after the contract had expired.

According to Shakib Al Hasan, Banglalink violated the terms of the agreement and is improperly marketing his picture in Jamuna Bank ATM booths and other locations for their own commercial gain.

The notification further stated that there was evidence implicating Jamuna Bank and Banglalink in such unlawful acts.

The notice included that, in addition to breach of contract under Section 26 of the Digital Security Act, 2018, Section 44 of the Consumers’ Right Protection Act, 2009, Section 82 of the Copyright Act, 2000, and Sections 406 and 420 of the Penal Code, 1860 was violated. It also described such acts as “abhorrent, illegal, and immoral.”

Shakib Al Hasan therefore asked the businesses to pay Tk5,80,50,000 crore as compensation within the next seven days and to stop promoting any sort of commercials that feature his image, logo, or signature.

Shakib Hasan asserted that the corporations will face appropriate legal action if payment was not made.