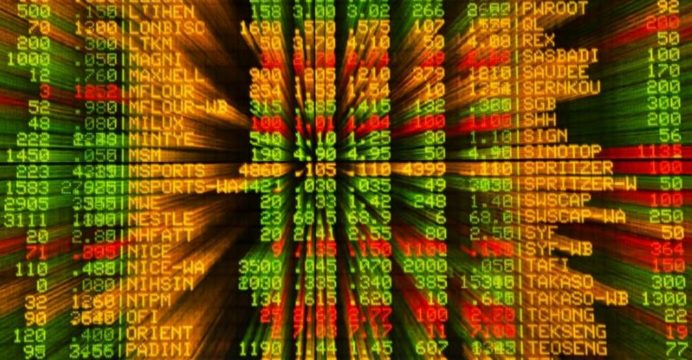 The euro gave back some of the gains enjoyed after the European Central Bank ramped up borrowing costs more than forecast, with energy concerns and Italian political turmoil fuelling worries of a recession in the currency union, reports BSS.

The gains come at the end of a rollercoaster week for Asian investors, who are trying to gauge their outlook with earnings so far relatively positive but economic data mixed and geopolitical events tempering sentiment.

All three main indexes in New York enjoyed strong days thanks to a bump in tech firms, while another bigger-than-expected rise in US jobless claims indicated that higher Federal Reserve rates and a spike in inflation could be kicking in.

The reading — along with a big miss on the closely watched Philadelphia Fed business survey — could allow the central bank to pull back from its campaign of monetary tightening sooner, giving some relief to the world’s top economy.

The figures also suggested, however, that recessionary threats were rising and showed that the Fed has a tough task of doing enough to bring inflation down from four-decade highs while also nurturing fragile growth.

Analyst Tapas Strickland said July data was considered volatile owing to seasonal adjustments, but that the higher jobless claims were “consistent with growing anecdotes of hiring freezes and layoffs at several multinational companies” such as Google, Apple and Microsoft.

“A loosening labour market is being sought after by the Fed to put downward pressure on inflation, but with inflation remaining high we shouldn’t expect any pivot from the Fed,” he added.

Tech firms had enjoyed a broadly positive reporting season, he said, but for those in the “non-tech and non-financial sectors guidance has been weak on the outlook and consistent with a slowing economy”.

Still, Asian markets were on course to end the week on a positive note.

But Chris Murphy, of Susquehanna International Group warned that with the Fed’s policy meeting due next week and plenty of earnings to come he did not “necessarily think we’re totally out of the woods yet”.

The euro edged down after enjoying a bounce Thursday in response to the ECB’s decision to lift rates by 50 basis points, double what was expected, in a bid to rein in runaway inflation.

The move brings an end to the bank’s eight-year-old negative interest rate policy and more in line with its global peers, particularly the hawkish Fed.

However, the single currency — which has recovered after hitting dollar parity last week — will face further pressure with US borrowing costs likely to jump again after the Fed’s meeting next week.

Fresh political upheaval in Italy — with the downfall of Prime Minister Mario Draghi’s government — will provide another headache for the ECB, which also has to contend with the constant threat of an energy crisis.

While Russia on Thursday resumed gas flows to Europe after a 10-day maintenance shutdown, leaders fear Vladimir Putin could at any time switch off the Nord Stream 1 pipeline in retaliation for sanctions on Moscow related to the invasion of Ukraine.