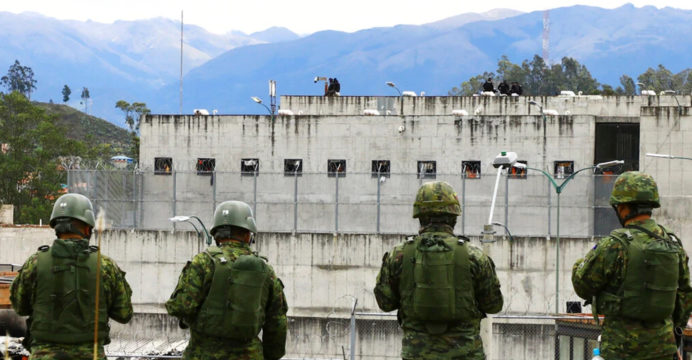 13 prisoners were killed in prison brawls in Ecuador

In the South American nation of Ecuador, a prison uprising claimed the lives of at least 13 inmates. Several more people were hurt in the Monday incident (July 18).

The clash was between numerous groups, according to the nation’s prison authorities, because of historical rivalry and domination. Army troops and more security guards were sent in to immediately stabilize the situation.

In the nation’s jails, rioting is frequent. May’s battle resulted in at least 44 prisoners dying. This number was 316 last year.

Human rights advocates claim that situations like riots are brought on by many forms of poor management, such as housing more prisoners than necessary.