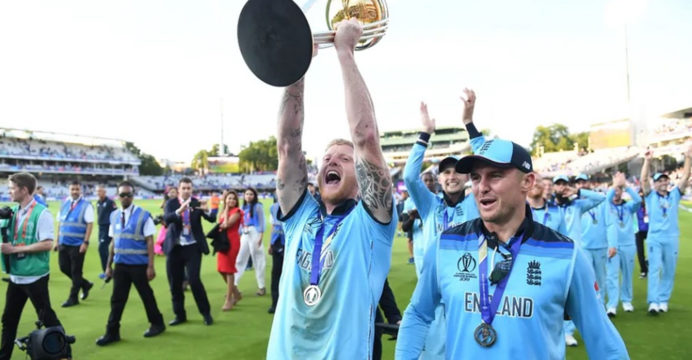 Ben Stokes, an all-rounder for England who won the World Cup, has announced his retirement from ODI cricket. According to the retirement statement on Monday, the famed all-rounder will play his final 50-over match against South Africa on Tuesday in Durham (July 18).

Stokes became England’s Test captain earlier this year. He said then that it is difficult for him to continue playing in all three formats. Moreover, he felt that he was narrowing the space for young players. Finally, the all-rounder announced his retirement from ODIs in a big statement on his Twitter account. Ben Stokes said, I will play the last ODI match in Durham in England jersey. I have decided to retire from this format. Although the decision was quite difficult for me to make. I enjoyed every moment spent with my teammates. This journey was truly amazing.

Stokes added that despite how challenging the choice was, it was not as challenging as not being able to give his teammates his all. Not possible in this format. The body was not consenting to continue playing in all three modes. Moreover, it also seemed that I was playing in someone else’s place; Who can give 100% to Jos (Buttler) and his team. Now is the time for someone else to develop as a cricketer and make great memories; Just as I have done for the past 11 years. Besides, I will also get a chance to destroy myself in Test and T20 formats. I have enjoyed every one of the 104 ODIs I have played. I will play one more match at home ground Durham. English fans have always been there, and will always be there. I will say to them, you are the best in the world. Hopefully, we can start the series against South Africa on a high note by winning the match in Durham.

Stokes took a break from cricket last summer for mental health. He is the second member of the 2018 World Cup winning team to retire. Earlier, Ewin Morgan announced his retirement.