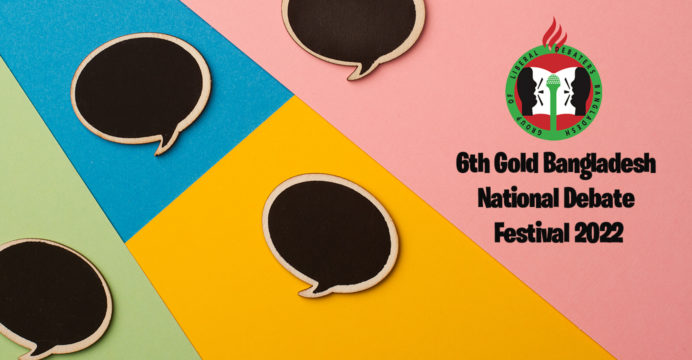 Progressive, original, and witty debaters gather under the banner of “Group of Liberal Debaters Bangladesh (Gold Bangladesh)”. They announced to organize the 6th Gold Bangladesh National Debate Festival 2022 this September. It is one of the largest and most established debating groups at Rajshahi University, the second-largest college campus in the nation.

With the motto “…Esho Juktir Alponay Aki Progrotir Mohakal (Let’s come to the limit of logic and draw the age of progress),” Gold Bangladesh has been promoting and stimulating debate practice among students at the national level since 2004.

By planning various debate workshops, debate competitions at the local and national levels, and regular debate practice, Gold Bangladesh is fostering opportunities for students to develop their talent, critical thinking skills, and leadership abilities while also advancing the goal of creating a rational society and a well-governed nation. The “6th Gold Bangladesh National Debate Festival 2022” will be held in continuation of this. 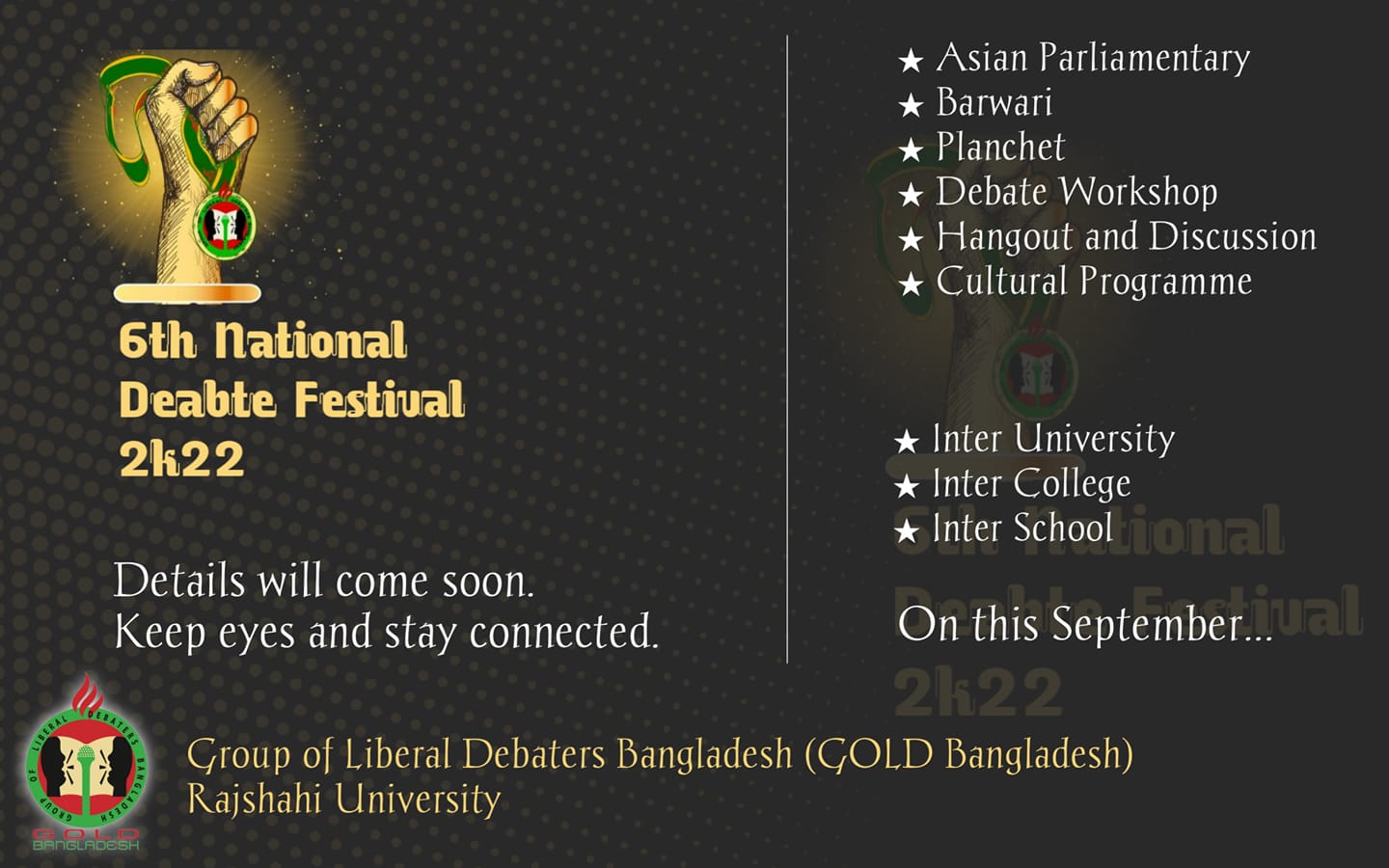 Detailed information about this will be published on their Facebook page and event page.

GOLD Bangladesh, a well-known debate organization in Bangladesh, was founded in 2004 at Rajshahi University and has been actively competing since Then.