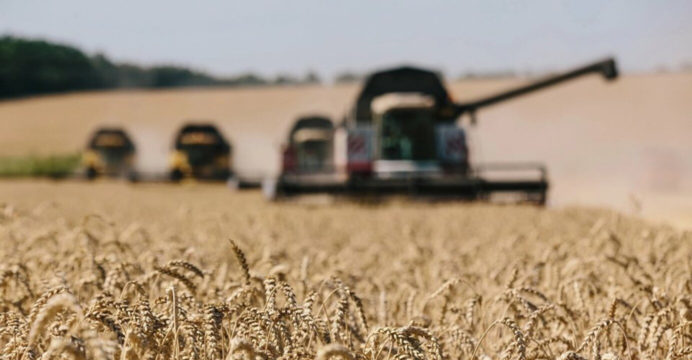 The United States said on Thursday that it would not bar the sale of farm equipment to Russia, again denying Moscow’s allegations that Western sanctions — not its invasion of Ukraine — are causing the global food crisis.

The Treasury Department, in a legal form on sanctions exemptions, said it would not stop US transactions related to the production, sale or transport of agricultural equipment, reports BSS.

In line with previous rules set after the February 24 invasion, the Treasury Department also said it was not prohibiting agricultural commodities such as fertilizer as well as medical devices and Covid-19 tests.

The broadening of exemptions “further reiterates that US sanctions on Russia in response to its unprovoked and unjustified war against Ukraine do not stand in the way of agricultural and medical trade,” a Treasury Department statement said.

Russian President Vladimir “Putin’s war has strangled food and agriculture production, and he has used food as a weapon of war by destroying agricultural storage, processing and testing facilities; stealing grain and farm equipment; and effectively blockading Black Sea ports,” it said.

The US move comes after rare signs of progress between Russia and Ukraine during talks in Turkey on letting shipments leave Ukraine, a vital exporter of wheat and other grains.

Shipments across the Black Sea have been blocked both by Russian warships and mines Kyiv has laid to avert a feared amphibious assault.

The food shortages have raised the risk of famine for tens of millions of people in African and other poor nations.

Secretary of State Antony Blinken recently said the Russian actions contributed to unrest in Sri Lanka, whose president fled and resigned amid mass protests over dwindling food and fuel supplies.