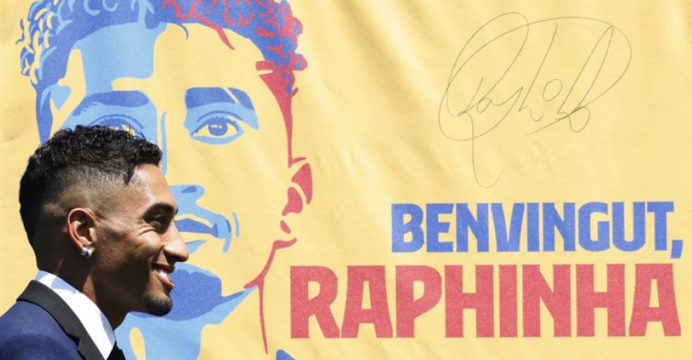 Raphinha, a Brazilian winger, said Friday that joining Barcelona is “fulfilling a boyhood goal” as he was formally introduced.

“It’s a huge honour to be here,” Raphinha said during the event at Barca’s training centre.

“I have many idols who have passed through here and made history. If I can do half of what they did here, it will be a lot,” he added.

After striking an agreement with Premier League team Leeds United, Barcelona announced Raphinha’s arrival on Wednesday. However, neither the term of his contract nor the transfer money were disclosed.

According to local media, the Brazilian signed a five-year contract with Barcelona, who would also pay Leeds an additional $15 million in prospective add-ons.

“He is a player that (coach) Xavi (Hernandez) wanted,” said Barcelona president Joan Laporta, who accompanied the player at the presentation.

Xavi “insisted a lot and we at the club have done everything we could,” added Laporta, who stressed that Raphinha showed “the desire to come to Barca”. 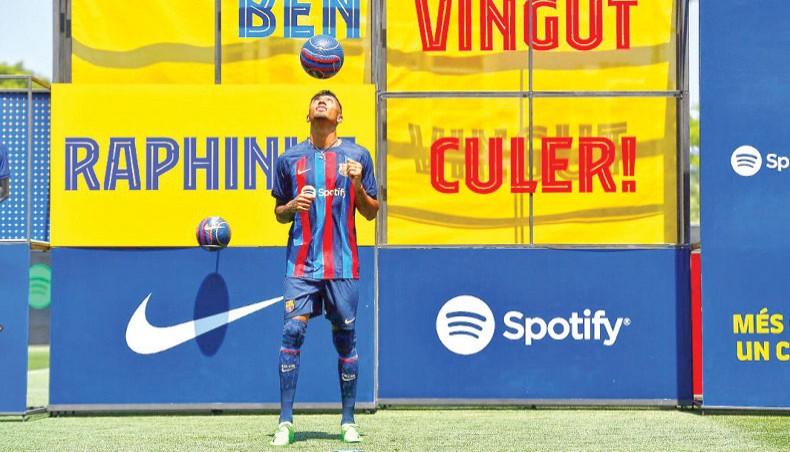 Before the two of them signed the contract in front of the cameras, Laporta gave Raphinha a Barca shirt with his name on it but no number.

The Catalans have also benefited from the French international Ousmane Dembele choosing to’rejoin’ the club on a two-year contract after his contract expired at the end of June.