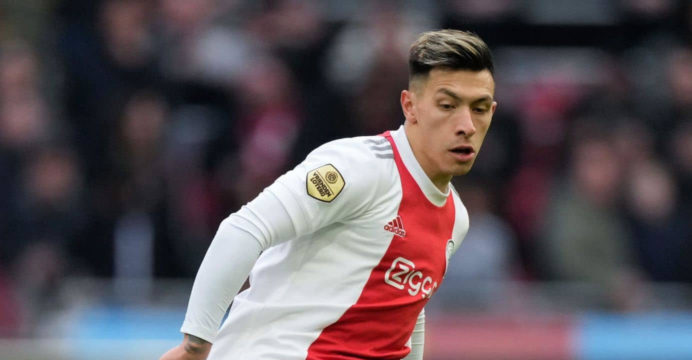 After reaching an agreement on a £45 million transfer fee with Ajax for Argentina defender Lisandro Martinez, Manchester United is nearing the completion of their third summer signing.

Erik ten Hag, the manager of United, was eager to work with the 24-year-old player again after signing him for Ajax in 2019.

Martinez prefers to play on the left side of two central defenders, and Ten Hag appeared to be preparing for his arrival when he switched captain Harry Maguire from his usual left-sided position to the right against Melbourne Victory on Friday.

Martinez has traveled to Manchester to complete the transfer’s final details, including a physical and obtaining a visa.

It is thought unlikely he will fly to Australia to play any part in United’s current tour and instead will link up with his new team-mates when they return to England on 24 July.