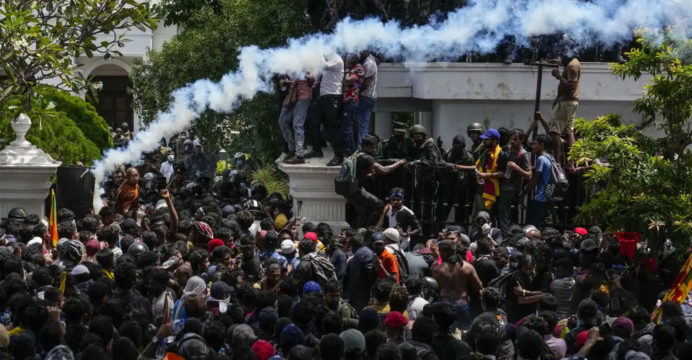 After protestors stormed his office on Wednesday, Sri Lankan Prime Minister Ranil Wickremesinghe ordered the military to take “whatever action is necessary to restore order.”

President Gotabaya Rajapaksa, who has left the country, has appointed Mr. Wickremesinghe to serve in that capacity.

However, the choice to leave him in charge resulted in additional demonstrations calling for the resignation of the prime minister as well.

The economic crisis in Sri Lanka is the worst it has been in many years.

Many attribute the situation to the Rajapaksa administration and regard Mr. Wickremesinghe, who took office as prime minister in May, as contributing to the issue.

On Wednesday, demonstrators stormed into a very guarded governmental building for the second time in less than a week. This time, the prime minister’s office was involved.