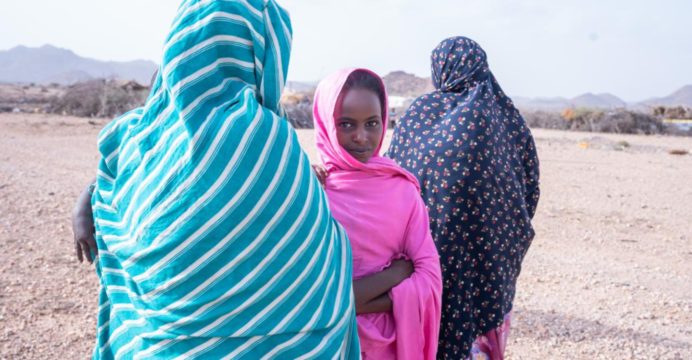 Girls as young as twelve are being forced into child marriage and Female Genital Mutilation (FGM) at “alarming rates” in the Horn of Africa, as the most severe drought in forty years pushes families to the edge – warns UNICEF.

In the regions of Ethiopia worst affected by the drought, child marriage has on average more than doubled in the space of one year, according to UNICEF analysis. The number of children at risk of dropping out of school across Ethiopia, Kenya and Somalia, due to the impact of the crisis, has tripled within three months – leaving vast numbers of adolescent girls at greater danger of a number of child protection risks, including undergoing FGM and being forced into marriage.

Across the Horn of Africa, families are facing desperate choices to survive as drought, driven by climate change, dries up water sources and kills livestock, and the domino effect of the war in Ukraine exacerbates spiralling food and fuel prices. More than 1.8 million children are in desperate need of treatment for life-threatening severe acute malnutrition in the region, with 213,000 people now judged to be at risk of famine in Somalia, according to the Famine Early Warning Network. Growing numbers of parents or caregivers are marrying off girls to secure dowries to help support the rest of the family, to have one less mouth to feed, or in an attempt to help the bride enter a better-off household.

“We are seeing alarming rates of child marriage and FGM across the Horn of Africa – with some destitute families arranging to marry off girls as young as twelve to men more than five times their age,” says Andy Brooks, UNICEF’s Regional Child Protection Advisor for Eastern and Southern Africa.

“Child marriage and FGM end childhoods – driving girls out of school and leaving them more vulnerable to domestic violence and a lifetime of poverty. The figures we have do not capture the magnitude of the problem: large swathes of the Horn of Africa have no specialist facilities where cases can be reported. This is a children’s crisis, and we urgently need more funding to scale up our response in Ethiopia, Kenya and Somalia – not only to save lives in the short-term but to protect them in the long-term.”

Across the Horn of Africa, four rainy seasons have failed in the space of two years, with forecasts suggesting a fifth rainy season from October to December is also likely to fail.

The war in Ukraine is accelerating the crisis. Somalia alone once imported 92 per cent of its wheat from Russia and Ukraine, but supply lines are now blocked. Skyrocketing food prices also mean families cannot afford to buy basic staples.

UNICEF is calling for services to address child protection and GBV to be urgently scaled up, including through permanent services and mobile teams to reach the most vulnerable. However, UNICEF’s appeal for the Horn of Africa drought is less than a third funded.