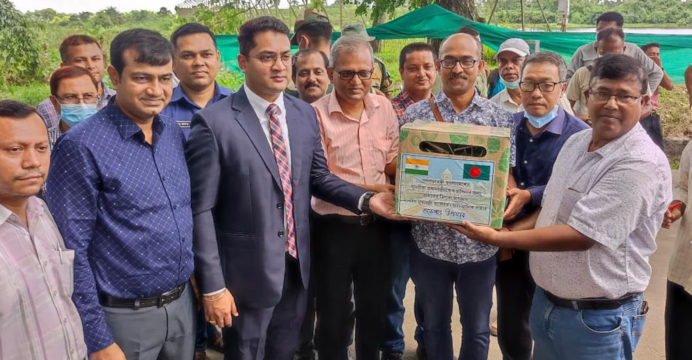 Prime Minister Sheikh Hasina has received 600 kg of pineapple as a gift from Tripura Chief Minister Manik Saha. On Thursday, July 14, at noon, the pineapple was delivered via the Brahmanbarian land port of Akhaura. The pineapple was given by Dipak Vaidya, assistant director of horticulture for Tripura.

100 boxes of pineapple were delivered to Manish Singh, Attache (Visa) of the Assistant High Commission of India in Chittagong.

Manik Saha has been elected the new Chief Minister of the Indian state of Tripura. A total of 100 packets of 750 kg of pineapple were sent from a garden in Tripura as a gift from Manik Saha to the Prime Minister of Bangladesh Sheikh Hasina.