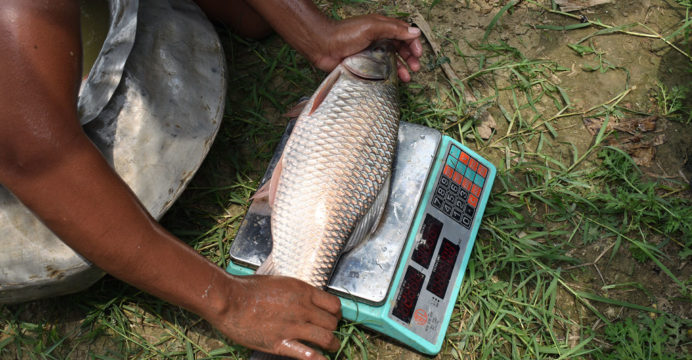 “G-3”, a WorldFish invention compared to traditional Rohu fish grows by around 30% more

According to preliminary findings from an experimental farm, WorldFish’s “third generation” or G-3 Rohu grows roughly 30% faster than the traditional Rohu fish. Three generations of selective breeding were completed, and in 2020 and 2021, WorldFish distributed G3 Rohu fish to a number of hatcheries and nurseries.

Additionally, WorldFish began experimenting with G-3 Rohu fish farming on 19 semi-commercial farms in the divisions of Rajshahi and Khulna. Consequently, a sampling technique is used each month to keep track of the fish’s growth rate.

To display the outcomes of this experimental farming, a field day was conducted on May 23, 2022, at the pond of Mr. Zulfiqar Ali, a G-3 Rohu farmer in Basundia, Jessore. The ceremony was attended by about 50 people, including fisherman, hatchery owners, nursery traders, representatives of fish food firms, and department of fisheries staff members. Due to their existence inside the body, they may observe the growth of fish. He commended WorldFish for its involvement in assisting the government in achieving its objectives through the creation of the G3 Rohu, according to Mr. Firoz Ahmed, Hon’ble District Fisheries Officer, Jessore District, who was the chief guest at the ceremony. 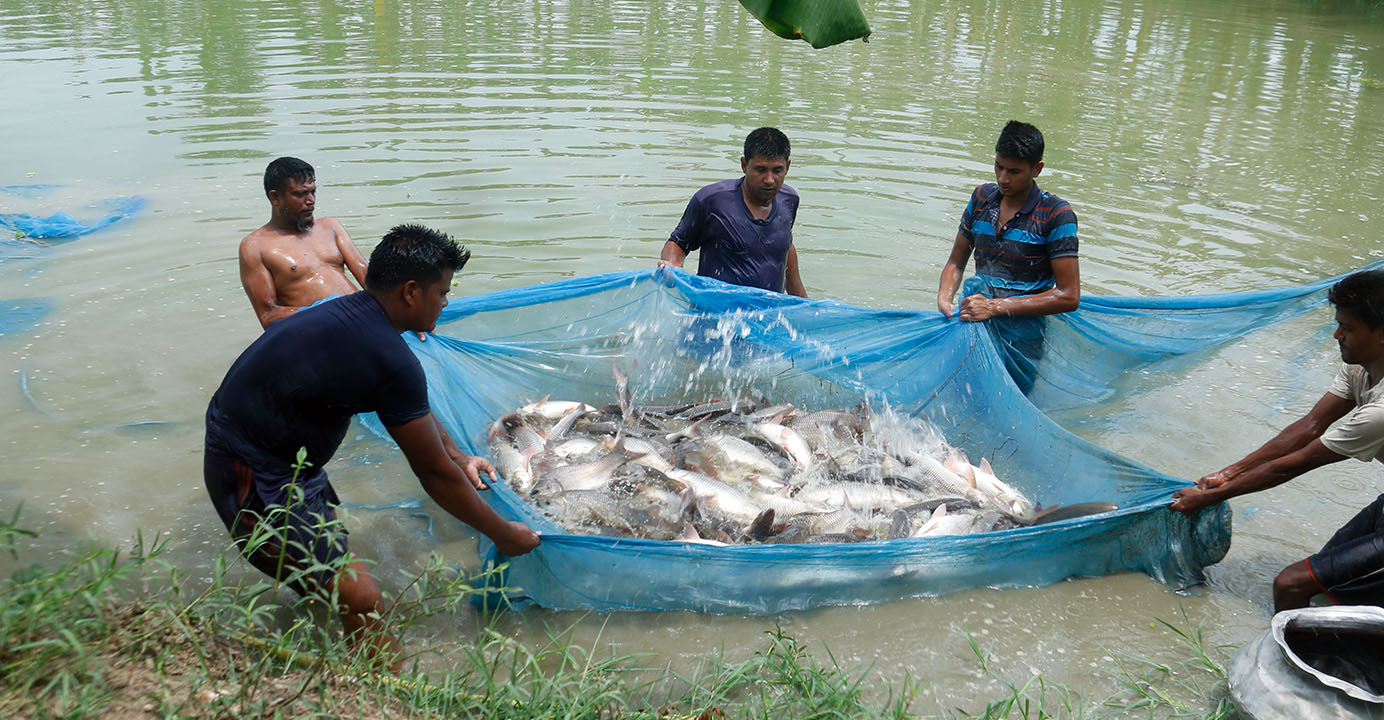 This improved species of Rohu fish will be produced in some of the hatcheries supplied by G-3 Rohu beginning in 2022. As a result, this year, tens of thousands of farmers will have the chance to collect G3 Rohu’s Renu / Pona. Their output will rise, as will their revenue. It is hoped that the outcomes of this experimental farming and the farmers’ experiences would inspire additional farmers to grow this enhanced kind of Rohu fish in the future.

Along with the widespread use of G-3 Rohu in the market, WorldFish is advancing the development of more sophisticated variants like G-4, G-5, etc. Concurrently, WorldFish is working to create superior catla and silver carp strains. By supplying more improved Rohu and other fish species, it is anticipated that the productivity of carp fish farming in Bangladesh will be significantly increased in the future.

The Department of Fisheries and all the collaborators are appreciated for their assistance in this experimental farming, says WorldFish Bangladesh. For their financial support of the Carp Genetic Improvement Program, donors USAID, the CGIAR Trust Fund, the Bill & Melinda Gates Foundation, the International Fund for Agricultural Development, and the European Commission are also acknowledged by WorldFish.