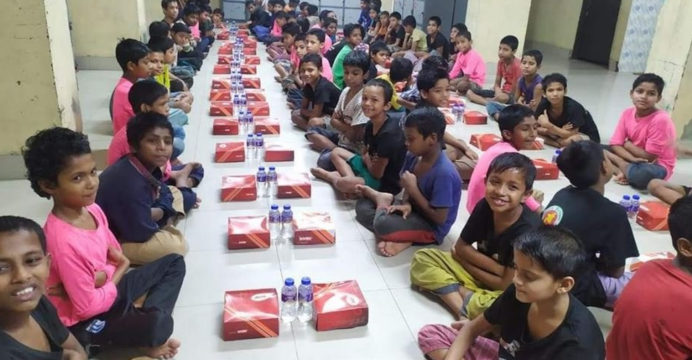 According to PMO sources, the food was delivered to the city’s three institutions on Sunday afternoon: the Street Children Rehabilitation Centres in Kawran Bazar and Kamlapur, and SOS Shishu Palli in Shyamoli.

The street youngsters have expressed their happiness and gratitude to the PMO after receiving upgraded food products.

A doa was offered asking eternal peace for the departed souls of the August 15, 1975 martyrs, and a discussion on Bangabandhu’s distinguished political life was conducted before sending the food supplies to the centers.