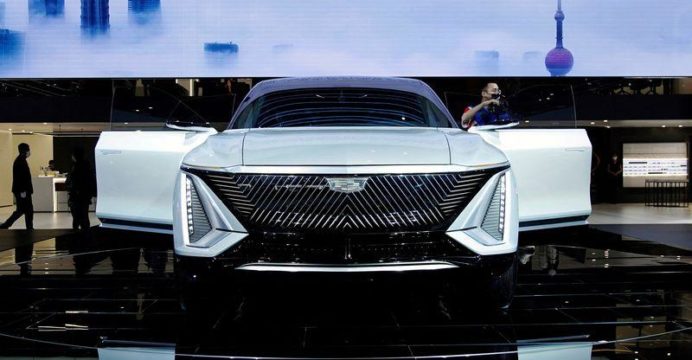 Cadillac Lyriq appears to be an early winner some two months before the first of the new electric crossovers begin arriving at U.S. dealers

The 2023 Cadillac Lyriq appears to be an early winner some two months before the first of the new electric crossovers begin arriving at U.S. dealers, General Motors officials said on Tuesday.

“We can’t tell yet how many of those will translate into orders,” Harvey told a media briefing. “Typically, 10% of hard raisers turn into orders – we anticipate a higher order rate” than usual.

GM told suppliers earlier this year to gear up for production of 25,000 Lyriqs in 2022, up from the previous 3,200 planned, sources told Reuters in February. read more

The Lyriq is the first of an all-new portfolio of electric vehicles that Cadillac plans to roll out by 2030.

Cadillac will formally open the Lyriq order bank on May 19 and will also take orders for the all-wheel-drive variant, which won’t go into production until late 2022.

“We’re still working through how many Lyriqs we can build this year and next,” said Harvey, citing the supply of semiconductors and batteries as potential short-term constraints.

Cunningham said customers will be able to order the Lyriq online through the brand’s new digital retail platform, then select a local dealer from which to take delivery.