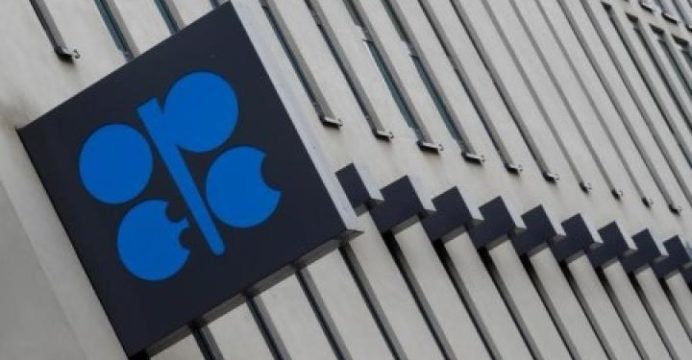 OPEC said on Tuesday that oil demand in 2022 faced challenges from Russia’s invasion of Ukraine and rising inflation as crude prices soar, increasing the likelihood of reductions to its forecast for robust demand this year.

Oil prices shot above $139 a barrel this month, hitting peaks not seen since 2008, as Western sanctions tightened on Moscow over its invasion of Ukraine and disrupted oil sales from Russia, helping to fuel inflation that was already rising, reports Reuters.

In a monthly report, the Organization of the Petroleum Exporting Countries (OPEC) stuck to its view that world oil demand would rise by 4.15 million barrels per day (bpd) in 2022 and increased its forecast of global demand for its crude.

But OPEC, which just a month ago had raised the possibility of a more rapid demand increase in 2022, said the war in Ukraine and continued concerns about COVID-19 would have a negative short-term impact on global growth.

“Looking ahead, challenges to the global economy – especially regarding the slowdown of economic growth, rising inflation and the ongoing geopolitical turmoil will impact oil demand in various regions,” OPEC said in the report.

“While the year started on relatively solid underlying footing, the latest events in Eastern Europe may derail the recovery,” OPEC said in its commentary on the world economy.

World oil consumption is expected to surpass the 100 million bpd mark in the third quarter, in line with OPEC’s forecast last month. OPEC nudged up its forecast of the year’s total oil use by about 100,000 bpd to 100.90 million bpd.

On an annual basis, OPEC said the world last used more than 100 million bpd of oil in 2019.

Oil prices extended their earlier decline after the report was issued, trading further below $99 a barrel on the perception of easing supply risks.

The report also showed higher output from OPEC as the group and allied non-members, known as OPEC+, gradually unwind record output cuts put in place in 2020.

OPEC+ has aimed to raise output by 400,000 bpd a month, with about 254,000 bpd of that due from 10 participating OPEC members, but production has been increasing by less than this as some producers struggle to pump more.

Still, the report showed OPEC output in February bucked that trend and rose by 440,000 bpd to 28.47 million bpd, driven by higher supply from top exporter Saudi Arabia and a recovery from outages in Libya.

The growth forecast for overall non-OPEC supply in 2022 was left unchanged, as was that for production of U.S. tight oil, another term for shale.

OPEC said it expects the world to need 29 million bpd from its members in 2022, up 100,000 bpd from last month and theoretically allowing further increases in output.