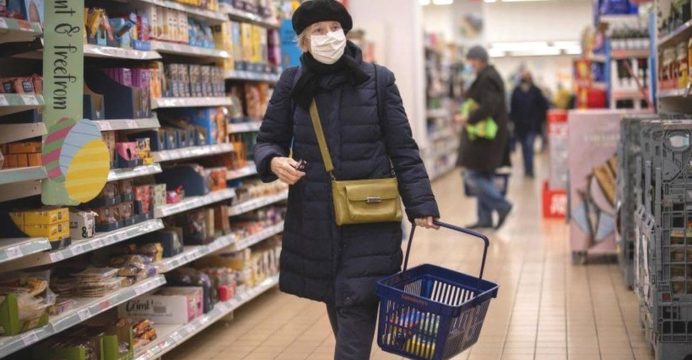 A leading food industry boss has warned that prices will spike as a result of the war in Ukraine. Ronald Kers, the boss of food firm 2 Sisters, told the BBC that the cost of food could rise by up to 15% this year.

He added that the price the company pays for chicken from the farm has jumped, reports BBC.

Top UK flour producer GR Wright & Sons’ has also warned its prices are “absolutely certain” to rise due to the conflict.

Russia and Ukraine are some of the world’s biggest suppliers of wheat and exports are expected to be affected by the war.

In addition, the price of gas – which is used to heat greenhouses and to make fertiliser, which is essential to food production – has soared.

War in the region is likely to exacerbate prices that were already increasing during what has been described as a cost of living crisis, according to some experts.

2 Sisters employs more than 14,000 people in the UK and specialises in poultry and chilled foods.

Its chief executive told the BBC’s Today programme that it had already been forced to pay 50% more for chicken it receives from farms.

He suggested that if the war continues for months, “fundamentally it means as a country we may need to start importing less and producing more ourselves”.

“We need to work together with all supply chain partners to find a solution… it’s a very complex issue.”

Mr Kers also suggested that the UK’s exit from the European Union had made matters more difficult, due to a bigger administrative burden for farmers and less alignment on rules with food companies on the continent.