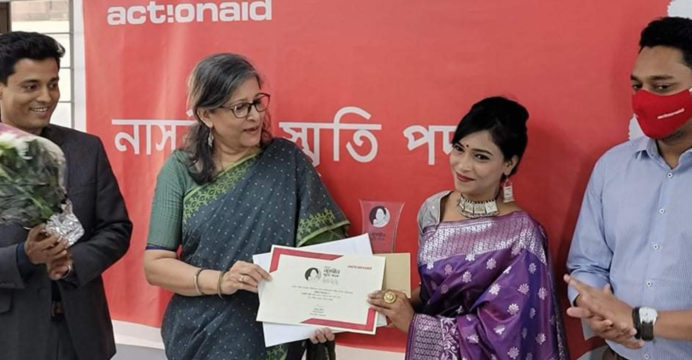 The Nasreen Memorial Medal was awarded to Shakila of Youthnet for her outstanding contribution to the fight against climate change. Shakila Islam, a young women’s rights activist, was awarded the Nasreen Memorial Medal for her outstanding contribution to addressing the negative consequences of climate change on a local level and creating people’s fair rights. YouthNet for Climate Justice, the country’s premier youth climate network, is his co-founder and national coordinator.

Nasreen Parveen Haque, a pioneer in the women’s rights movement, has been honored by ActionAid since 2007 for leading by example in the fight against sexual harassment and abuse, small women entrepreneurs (who have contributed to the employment of other women), women leaders in local government, and women who have spoken out against child marriage. 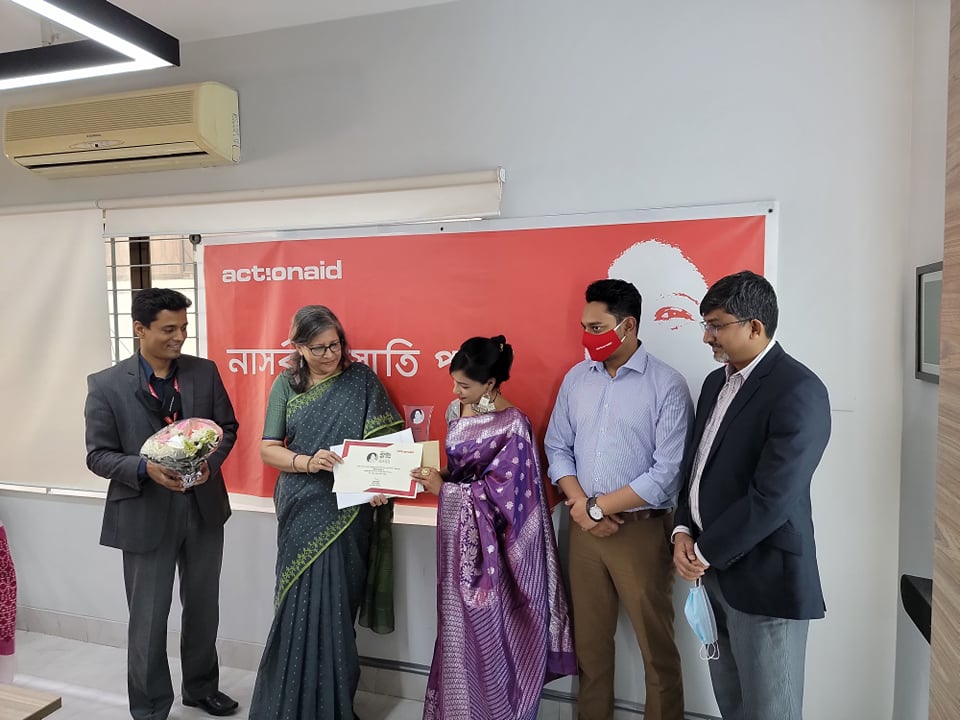 A new category has been added this time to address the negative effects of climate change at the local level. Last year, the Nasreen Memorial Medal was awarded to Sohanur Rahman, the executive coordinator of Youthnet, for setting an example against sexual harassment and torture.