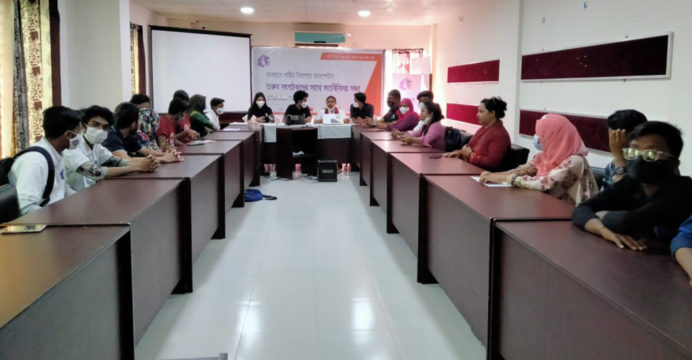 Youth campaign to ensure safety of women in Barisal

A meeting on the topic of “Safety of Women in Public Place” and an exchange of views among youth organizers was organized in Barisal to promote awareness about the prevention of violence against women and sexual harassment.

On March 8, Youthnet for Climate Justice hosted an exchange meeting at the ABC Foundation on Nabgram Road in honor of International Women’s Day. The National Human Rights Commission and the Center for Research and Information (CRI) coordinated the meeting, which was held in partnership with the UNDP’s Human Rights Program. Youth Red Crescent, Barisal Mahila Sangstha, and NCTF Sapnachhoya Youth Organization were among the organizations represented.

At the same time, the speakers stressed the importance of breaking the quiet in order to foster a culture of dissent. We need to build a social circle that is both robust and compassionate. Where everyone will be outspoken in their opposition to sexual assault, injustice, and the culture of passively tolerating injustice. 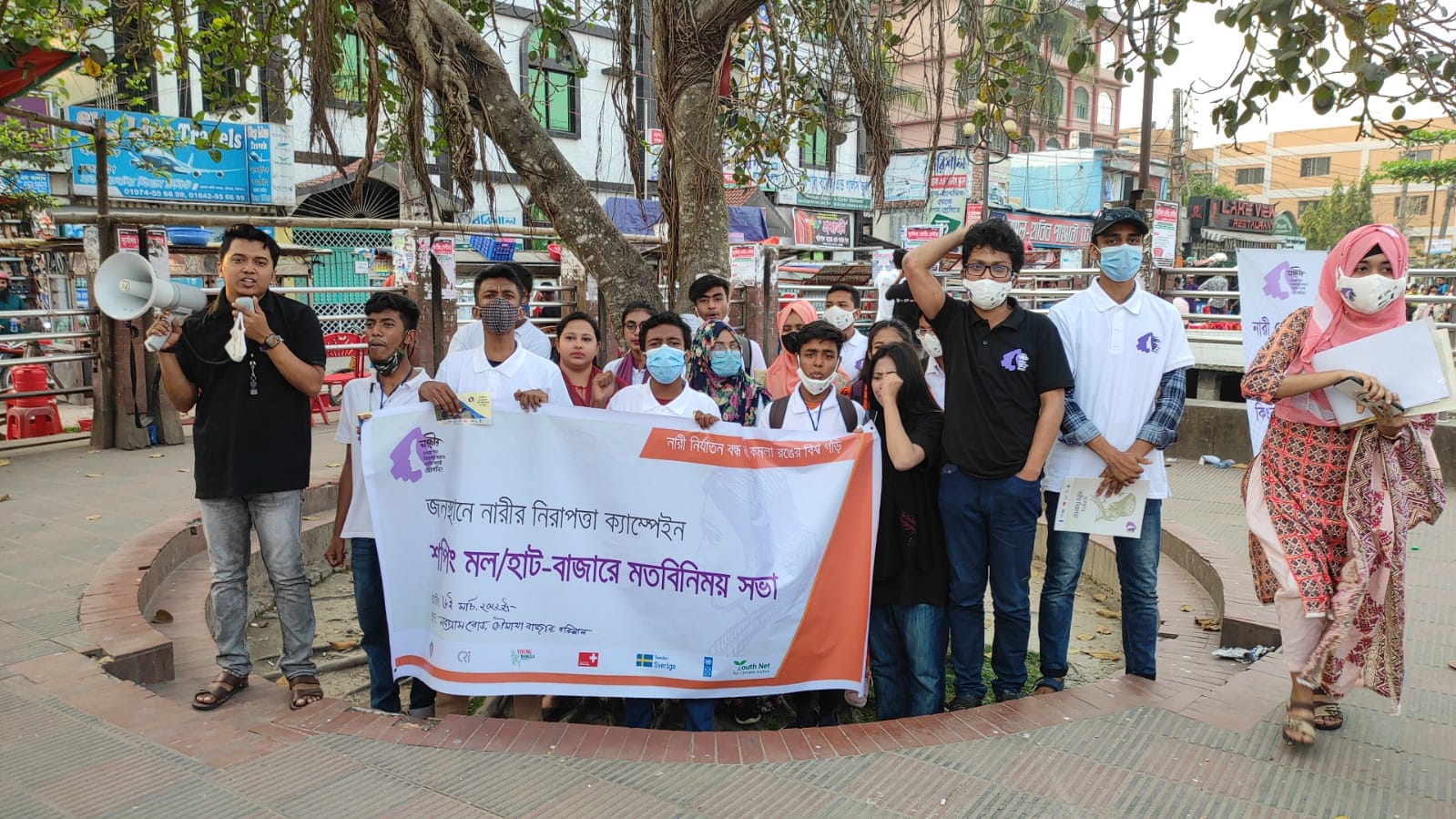 Sohanur Rahman, the campaign’s executive coordinator, said the goal was to raise public awareness about the need to end violence, sexual assault, and harassment against women. “In order to avoid violence and harassment against women, there is no replacement for raising awareness,” she stated. A lady must create an appropriate atmosphere in order to be safe and stroll effortlessly.

Women in our patriarchal culture are denied the opportunity to employ their earned respect and knowledge. After leaving the house, almost every lady has to spend her days in an unknown panic. Thousands of prospective ladies, thinking of their own safety, become lost in the endless darkness, much like the thoughts of some terrible people. As a result, the goal of this campaign is to change patriarchal behavior in order to make public spaces safer for women.

After the discussion, an awareness message was distributed throughout Nabgram Road and Chaumatha Bazar, and a discussion with members of the Chaumatha Bazar Committee was held. Young campaigners handed out leaflets and chanted slogans throughout this period. Despite the fact that the campaign is being carried out on an internet platform across the country, special attention is being paid to the field level through ten organizations of CRI’s Youth Platform Young Bangla in ten different areas of Bangladesh.