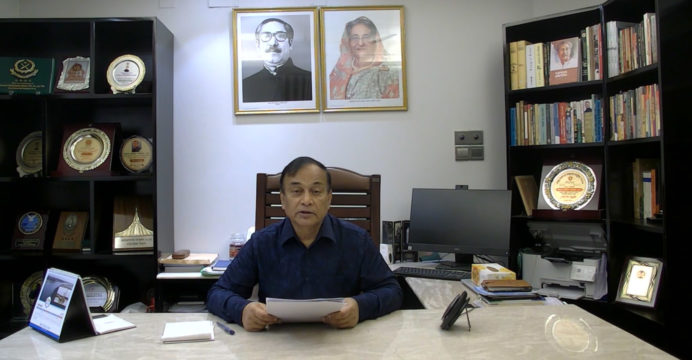 Young people at the vanguard have urged on industrialized countries to swiftly implement their climate financing obligations, seeing the climate catastrophe as a life-and-death problem. To address this global challenge, climate scientists have advocated for youth leadership, low carbon emissions, a transition to renewable energy, nature-based solutions, compensation, and accelerated local adaptation in the decision-making process.

The remarks were delivered during an online discussion on “Youth, Climate Action, and the Commonwealth: Field Experience and Solutions” on Wednesday afternoon (March 10th). On Commonwealth Day, Youthnet for Climate Justice hosted a webinar in partnership with the British High Commission in Dhaka and the Commonwealth Secretariat.

Around 200 delegates from throughout the country attended the debate, which was led by Sohanur Rahman, a young climate activist.

“It is the youth who are the first to suffer owing to the environmental difficulties of our society,” stated State Minister for Water Resources Zahid Farooq MP, speaking as the chief guest. Bangladesh’s Delta Plan 2100 is the best present that the current generation can give to the next. By overcoming many long-term obstacles, including the negative consequences of climate change, the Delta Plan would ensure the country’s economic growth, water and food security, as well as environmental sustainability. The Delta Plan’s objective is to create a prosperous Bangladesh by adjusting to changing circumstances and implementing comprehensive and effective policies.