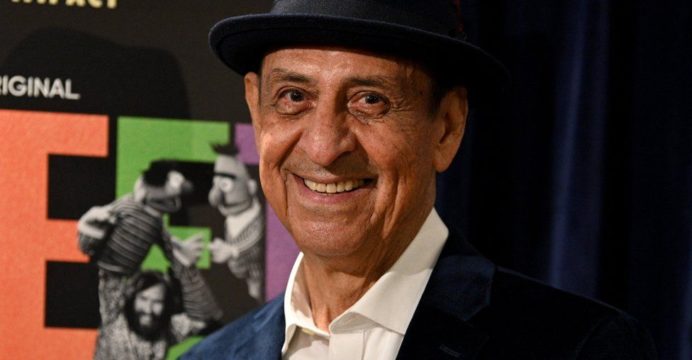 Actor Emilio Delgado, who appeared on Sesame Street for more than four decades, has died at the age of 81.

Delgado was a presence in children’s lives for 45 years, playing the fix-it shop owner Luis on the long-running series, reports BBC.

His wife, Carol Delgado, confirmed he had died from the blood cancer multiple myeloma, which he had been battling since 2020, at their home in New York.

In a statement, producers said he was a “beloved member of the Sesame family”.

Delgado, who was Mexican-American, joined the show at a time when there were few ordinary Latino characters on TV.

His character Luis, who first appeared in 1971, attracted praise for avoiding the Latin American stereotypes which were commonplace on television at the time.

“There really wasn’t any representation of actual people,” Delgado recalled in a 2021 interview on the YouTube series Famous Cast Words. “Most of the roles that I went out for were either for bandits or gang members.”

Shop owner Luis was an exception to that, and Delgado’s role saw him star alongside a diverse group of children and the famous puppets Elmo, Big Bird and Oscar the Grouch.

Delgado was cast in the show’s third season without having to audition. The actor recalled producer Jon Stone “didn’t want actors… he wanted real people”.

The actor took a year-long break from the show in the mid 1980s but returned to continue playing Luis, who was popular with viewers.

In a widely-viewed 1988 episode, his character married his co-worker Maria, played by Sonia Manzano.

The storyline was Sesame Street’s first attempt to teach children about romantic love, with the fix-it shop employees falling for each other after caring for a sick kitten.

They first realized they might be in love when Big Bird spotted them holding hands and asked, ”Why would grown-ups need to hold hands to cross the street?”

‘We wanted to show a couple who are nice to each other and have fun together,” said Ms Manzano, who also wote for the show, told the New York Times in 1988.

Delgado’s “warmth and humour invited children to share a friendship that has echoed through generations,” Sesame Workshop said in their statement.

“At the forefront of representation, Emilio proudly laid claim to the record for the longest-running role for a Mexican-American in a TV series. We are so grateful he shared his talents with us and with the world.”

He left Sesame Street in 2016 when his contract was not renewed during a revamp of the show. He was diagnosed with multiple myeloma in late 2020.

“At a time when, if you saw diversity on television, it often was with stereotypes, and not the good kind of stereotypes,” he said.

“Emilio was one of the people who broke the mould, created a positive role model, for everyone, but particularly for children who didn’t get to see or hear people who looked like them and spoke like them.”