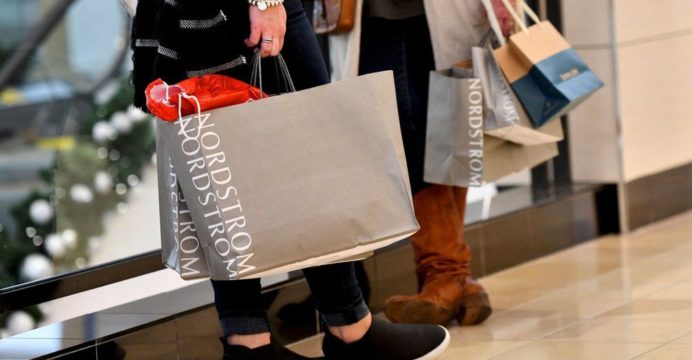 Price increases in the US continued to surge last month, pushing the annual inflation rate up 7.9%

Price increases in the US continued to surge last month, pushing the annual inflation rate up 7.9%. That is the biggest year-on-year leap since 1982 and up from the 7.5% rate reported in January.

President Joe Biden and central bank officials are under pressure to rein in the increases, which have proven more persistent than many expected.

The Federal Reserve – the US central bank – is widely expected to raise interest rates at its meeting this month.

In the UK – where inflation hit 5.5% in January – the Bank of England has already increased rates, while the European Central Bank on Thursday said it would wind down some of its pandemic-era stimulus sooner than expected in response to the price pressures.

At a news conference, ECB president Christine Lagarde said: “The risks to the economic outlook have increased substantially with the Russian invasion of Ukraine and are tilted to the downside”.

The war will have “a material impact on economic activity and inflation through higher energy and commodity prices, the disruption of international commerce and weaker confidence”, she warned.

The US and other parts of the world have already been grappling with high inflation for months, as a surge in demand, fuelled in part by pandemic aid, ran into supply constraints, labour shortages and other issues.

The war in Ukraine has added to the problems, driving a global surge in energy prices as the West and allies shun oil from Russia – typically responsible for about 7% of global supply.

Energy prices in the US jumped 3.5% in February, driven by a 6.6% leap in gasoline prices, according to the Labor Department’s monthly report on consumer prices.

Over the past 12 months, the energy index has soared more than 25%, with gasoline surging 38%.

Americans who own SUVs are now paying an average of $110 per month more than a year ago to operate their vehicle, according to research from Cox Automotive. Even drivers of hybrids have seen monthly costs jump about $40, the firm estimated.