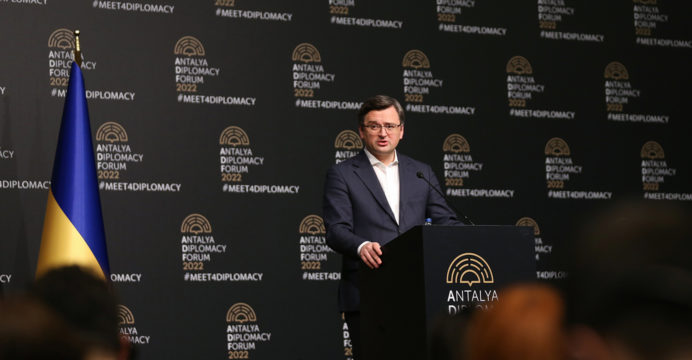 At tense discussions in Turkey on Thursday, Ukraine and Russia made no progress toward agreeing on a ceasefire following the Russian invasion, Ukraine’s foreign minister said.

“We also talked on the ceasefire but no progress was accomplished on that,” Dmytro Kuleba told reporters after his meeting with Russian Foreign Minister Sergei Lavrov in Antalya, describing the meeting as “difficult” and accusing his counterpart of bringing “traditional narratives” to the table.

Dmytro Kuleba, Ukraine’s foreign minister, claimed he had no assurance from Russia’s Sergey Lavrov to halt firing so that relief could reach civilians, particularly the key humanitarian priority of rescuing hundreds of thousands of people trapped in Mariupol.

“We also talked on the ceasefire but no progress was accomplished on that,” Kuleba told reporters after meeting Lavrov.