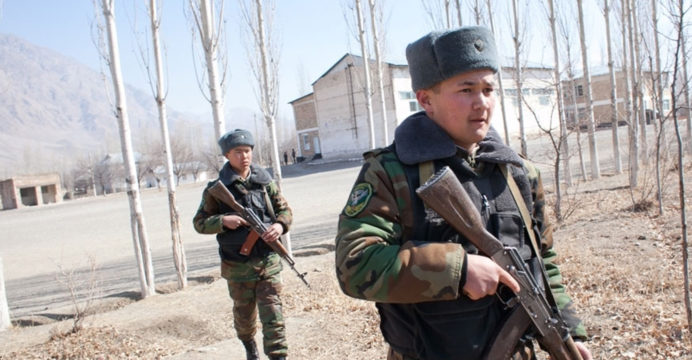 Kyrgyz and Tajik border guards exchanged fire near their disputed border on Thursday, according to Kyrgyzstan’s border service, which added that the two nations had had talks to de-escalate tensions.

According to Kyrgyzstan’s border service, the latest flare-up occurred after Tajik border guards pushed on a contested area near the boundary between Kyrgyzstan’s Batken region and Tajikistan’s Sughd region.

“Kyrgyzstan (border troops) did not allow the Tajikistan side to realize its intentions. As a result, a shootout began,” Kyrgyzstan’s border service said.

After telephone conversations between officials of the two border agencies, forces were removed from the conflict zone, it was added.

Tajikistan, a closed and autocratic state, has yet to issue a remark on the tragedy.

Almost half of the 970-kilometer (600-mile) border between the two countries is contested, and progress on delimitation has been slow in recent years.

Last year, the two military engaged in unprecedented skirmishes, killing more than 50 people and sparking worries of a larger battle.