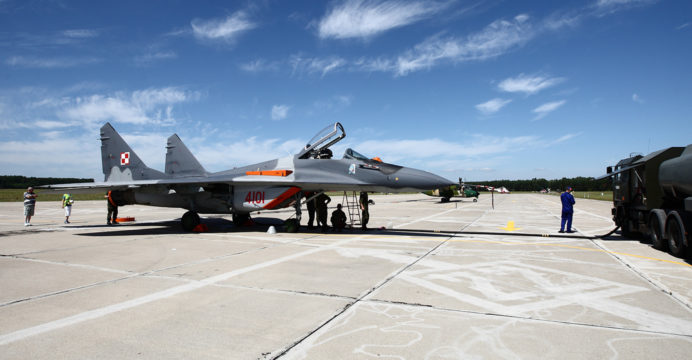 On Tuesday, the US turned down an unexpected offer by NATO ally Poland to transfer its Russian-made MiG-29 fighter jets to a US station in Germany in order to help Ukraine’s air force defend itself against invading Russian forces.

The US has attempted to expedite the delivery of weaponry to Ukraine. However, sending combat aircraft into a war zone from NATO territory “raises major concerns for the whole NATO alliance,” according to the Pentagon.

NATO has stated that it does not want to engage in direct combat with Russia, a nuclear-armed neighbor, and President Joe Biden has ruled out sending US troops into Ukraine to fight, which the Pentagon has stated would apply to troops on the ground as well as those flying missions in the air.

The Pentagon’s spokesman, John Kirby, said of Poland’s plan, “It is simply not clear to us that there is a substantive rationale for it.”

“We will continue to consult with Poland and our other NATO allies about this issue and the difficult logistical challenges it presents, but we do not believe Poland’s proposal is a tenable one.”