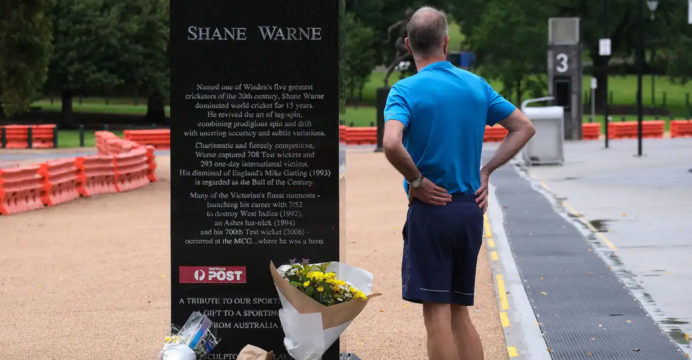 Shane Warne will be honored with a state burial in Australia

Shane Warne, an Australian cricket legend who died suddenly on Friday at the age of 52, will be honored with a state funeral after his family accepted an offer from his home state’s leader.

“I’ve spoken with the Warne family again today and they have accepted my offer of a State Funeral to remember Shane,” Victoria state premier Daniel Andrews tweeted Sunday.

“It will be an opportunity for Victorians to pay tribute to his contribution to his sport, to our state and the country.”

The service’s specifications will be finalized in the following days, according to Andrews.

After failing to meet friends, Warne, one of the greatest Test cricketers of all time, was found unresponsive in his luxury villa at the Samujana resort in Thailand on Friday evening. 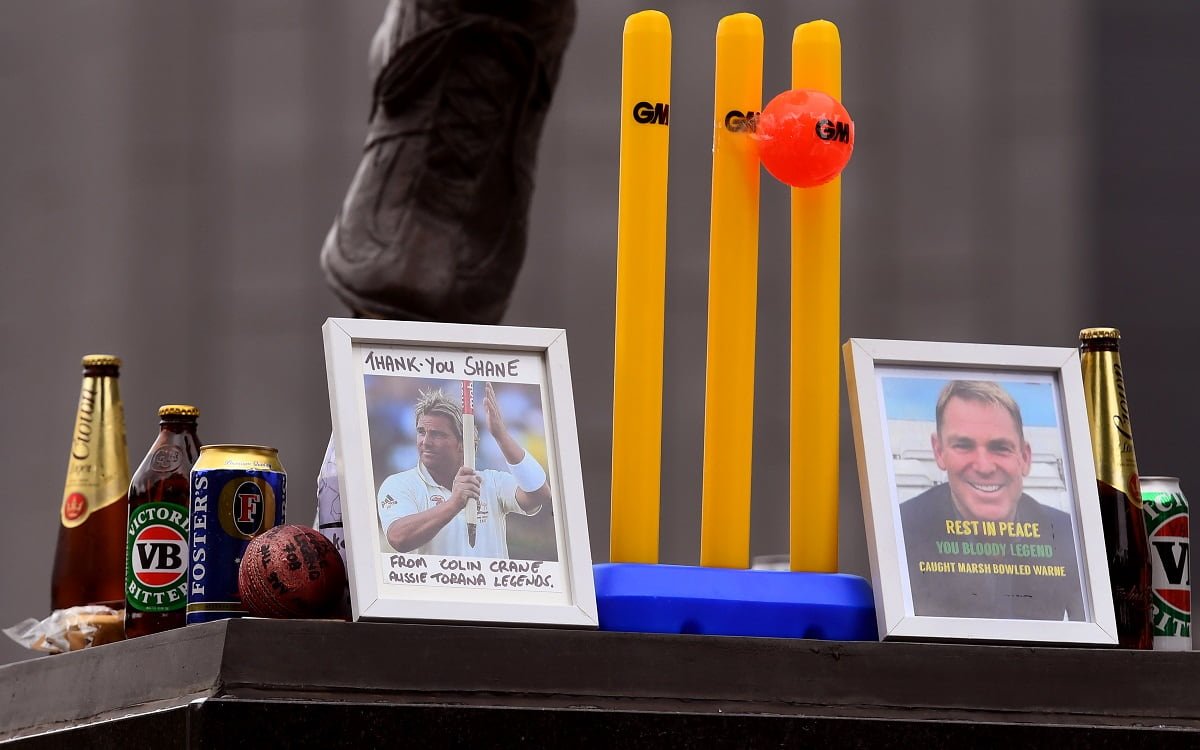 His death elicited an outpouring of sympathy from prime leaders, rock singers, and fellow players around the world, demonstrating that the Melbourne native had transcended his sport.

The Great Southern Stand at the Melbourne Cricket Ground will be renamed the S.K. Warne Stands in his honor, according to the Victorian government.

Fans of Warne went to his statue outside the cricket ground over the weekend, leaving flowers, cricket balls, and even beer bottles as respect to the cricketer’s legacy.